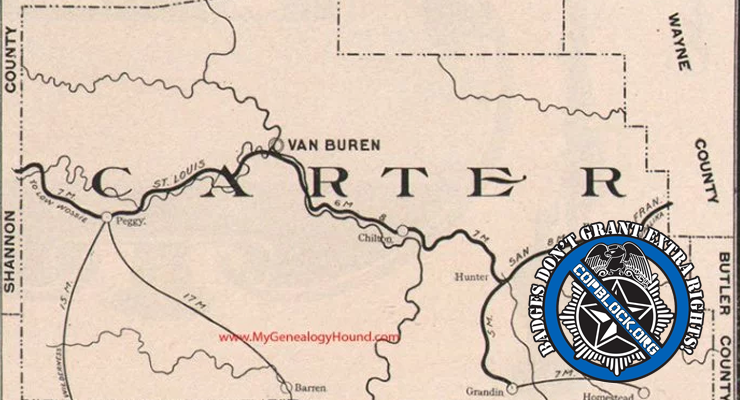 The following post was submitted by Bryan Jeffers of SEMO Cop Block. Originally published at SEMOCopBlock.com

According to her report the Prosecuting Attorney’s office collected monies for bad checks, restitution, related fees, and other miscellaneous receipts totaling approximately $17,000. She stated that the Sheriff’s office personnel do not restrictively endorse checks or money orders immediately upon receipt. Monies received are not deposited in a timely manner.

The Audit report also states, “County officials have not established adequate password controls to reduce the risk of unauthorized access to office computers and data.” SEMO Copblock believes that this County leadership is in question. Leaders who can manage money and understand electronic data security should take priority.

The Auditor report states, the Prosecuting Attorney’s office does not keep “a complete and accurate list of unpaid bad checks and restitutions would allow the Prosecuting Attorney’s office to more easily review the amounts due to the office and to take appropriate steps to ensure amounts owed are collected or to determine if amounts are uncollectible.”

Is Sheriff Richard Stephens able to account for the monies coming into his department? Nicole Galloway also states, “Failure to implement adequate receipting procedures increases the risk of loss, theft, or misuse of monies and the likelihood that errors will go undetected. Procedures should be established to ensure all monies received are restrictively endorsed immediately upon receipt.” Could people in the Sheriff’s department be mishandling money?

In the Audit report, the Sheriff’s department said: “We have started endorsing checks and money orders immediately upon receipt.”

The County has inadequate Electronic Data Security. According to the Audit report, “County officials have not established adequate password controls to reduce the risk of unauthorized access to office computers and data. Employees in the offices of the County Clerk, Sheriff, Assessor, Prosecuting Attorney, and Collector are not required to change passwords periodically and some passwords are shared by employees, which increases the risk of a compromised password.” Could Carter County data be in the hands of a hacker? Nicole Galloway also states, in the report “Passwords are required to authenticate access to computers.

The security of computer passwords is dependent upon keeping them confidential. However, since passwords are not required to be periodically changed or kept confidential, there is fewer assurance passwords are effectively limiting access to computers and data files to only those individuals who need access to perform their job responsibilities. Passwords should be unique, confidential, and changed periodically to reduce the risk of a compromised password and unauthorized access to and use of computers and data.”

Does the Sheriff, Richard Stephens, have the mental capability to understand the importance of electronic data security? If the Sheriff can not protect the county from unauthorized access to the county computers, is he capable of protecting the people of Carter County?

Carter County the capricious County. The Prosecuting Attorney, Ernie Richardson resigned. Did he resign because he was unable to handle the responsibilities of the job? The Sheriff’s department did not handle money properly. The whole County did not understand the importance of electronic data security. Carter County has a rating of good, but still needs improvements. Will Carter County handle the issues that the Auditor pointed out in the report and improve on the next Audit?