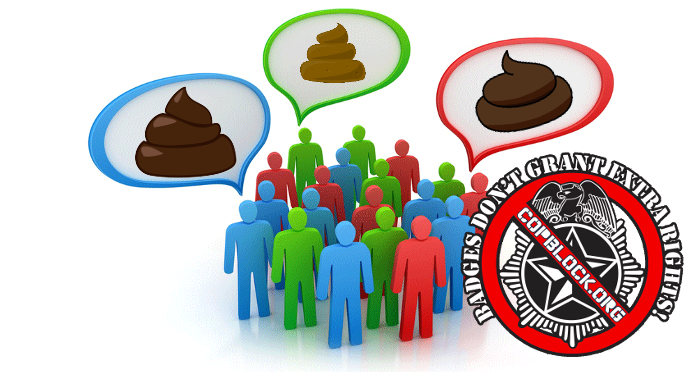 Not only is the poll a highly unreliable indicator, it’s results show the deep-seated hatred and classism of America.

Imagine that a company gave a press release to announce that it had, over the past several years, increasingly killed more of its customers than ever before. At the same time they announce that consumer confidence is, according to polls, at an all time high. Given these two disparate pieces of information one might assume that the people rating the company high in the polls are not the ones using it’s products.

The new Gallup poll showing that respect for police is at an all time high suffers from this very same issue. Gallup polls are conducted by surveying a sample of 1,000 random Americans. What are the chances that these 1,000 people have actually had meaningful interactions with police recently?

Does the opinion about policing weigh as heavily when it comes from someone who has relatively little experience with that agency, compared to those who deal with them more regularly? Would you trust a poll about a restaurant in which most of the customers had not actually visited, but were basing their responses on commercials for the restaurant?

Through mainstream media policing as an institution is treated with about as much skepticism as that restaurant would show for itself in its commercials. The new poll showing near all time high respect for police is equally misinformed and even unethical. It is unethical not just because its polling method is so dishonest, but because through the results it manufactures a public image which generates more mindless consent.

This is not how you figure out how much people respect the police, this is how you manipulate them into believing that they do.

Gallup itself has a pretty sketchy history. In the 2008 election it completely fudged public opinion by stating that Romney would be the likely winner. The likely cause of this error was found to be that their polls under-represented minorities.

I highly doubt that the Gallup polls ever recognize most of the downtrodden. The poorest people, those most affected by policing, would not have played much of a part in this new poll either. Neither would they consider the giant prison population, who as a result of the War on Drugs, have been criminalized, marginalized and surely not counted as viable pollsters.

What this poll really shows is the satisfaction of those people who don’t ever actually have to deal with the police or their negative effects in the community.

So then what does it say that so many Americans respect an agency which is a plague on the lower classes and otherwise marginalized? What does it say that they respect the thugs who kill innocent people in the streets, so long as those people are THEM?

What it says is that our police state problem is directly related to the fear and cowardice of the fattened lambs of the dying middle classes. It says that the reason we have gotten to this point is not just because policing as an institution is awful, but because it gains support from a populace that is willing to sell out those slightly worse off than them in the hopes of retaining some privilege from the ruling elite.

Its kill or be killed, baby, and the middle class raise their thumbs in approval as they point police in the general direction of somebody else’s neighborhood.

You remember the kids who sucked up to the bully in hopes that it would keep them safe, and who learned to make their disdain for the bullied genuine over time? Well that is you, America. You are the bully enablers of not just this nation, but of the entire world.

Policing is what it is. We knew it was a snake when we picked it up. But you, America – you ought to be ashamed.

Find the results of the embarrassing drivel parading itself as an honest poll RIGHT HERE.