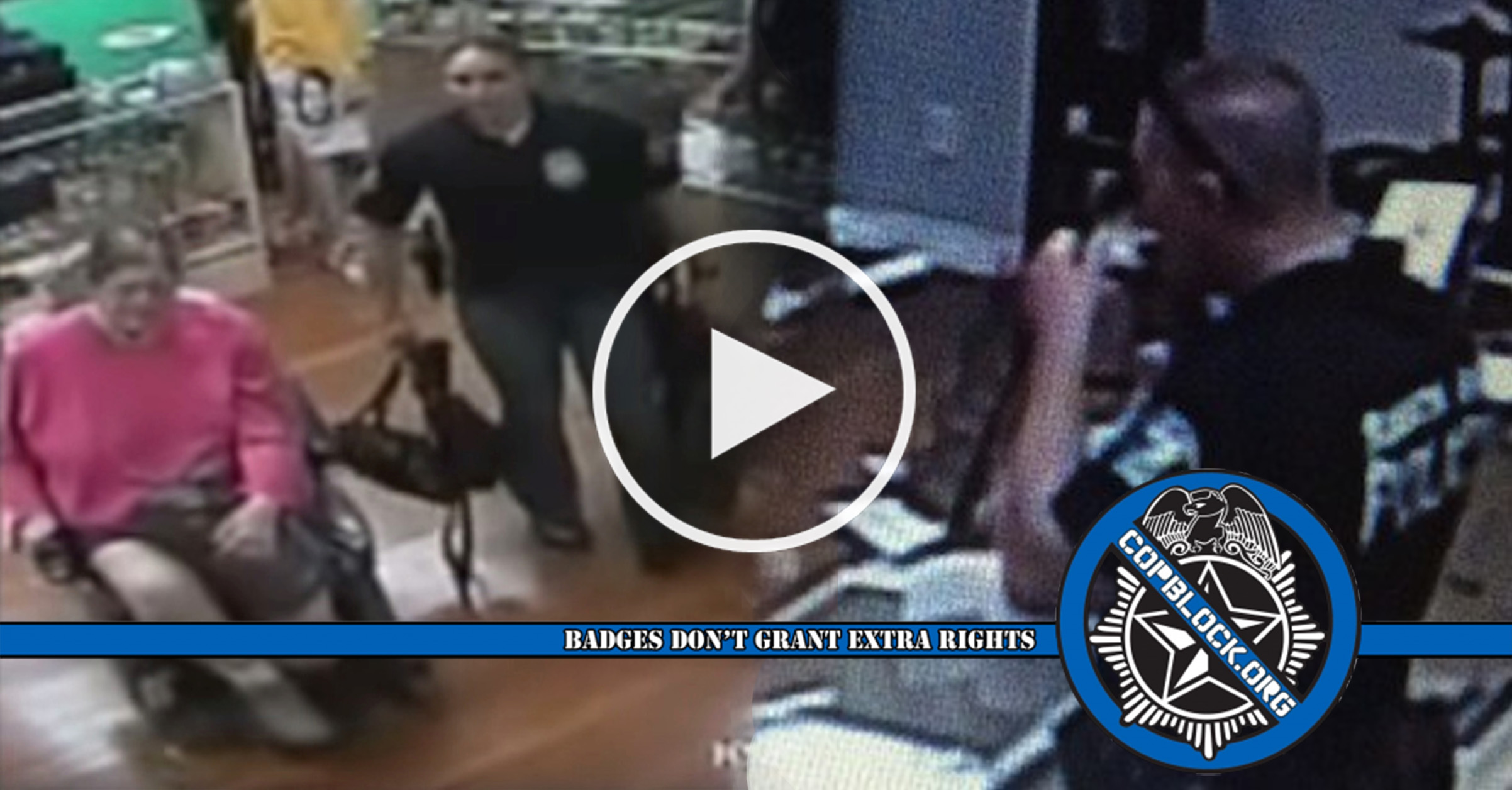 The city of Santa Ana, California has agreed to pay $100,000 to settle a lawsuit alleging police harassment after a raid on a marijuana dispensary back in May 2015.

Footage of the raid, released by the Sky High Holistic who installed cameras after similar raids in the area, shows officers busting down the door and screaming, “Get down on the fucking ground!”

Customers begin lying down before officers are seen boxing up evidence and escorting them out the door. One officer can be heard asking another, “Did you punch that one-legged old benita?”

“I was about to kick her in her fucking nub,” a female officer responds, in reference to Marla James, a local marijuana activist and wheelchair bound amputee who was present during the raid.

“You know what, I was really nice to that woman,” James said of the officer. “I even complimented her on her hair. I treated that woman with respect and I have no idea why she wanted to kick my stump.”

The cameras had been secretly installed by the facility’s owners, who were expecting to be raided after Sky High failed to qualify for a lottery held earlier in the year that granted 20 local dispensaries permission to operate within the city.

James and her husband said they were at the dispensary because they had been informed by their attorney, David Pappas, about the raid. Pappas said he was tipped off by City Attorney Sonia Carvalho.

“We were there to make sure that the employees did not offer resistance,” James said. “We had trained them what to do, which was not to talk and do exactly what the police told them to do.”

The footage shows the officers rowdily playing darts and appearing to disable security cameras. In addition, one cop can be seen eating what lawyers allege is a pot-laced edible.

Following the release of the video, police launched an investigation into the incident and the dispensary owners filed a lawsuit against the city saying they believed the raid was politically motivated.

The suit said that city employees, including Mayor Miguel Pulido, played favorites with certain dispensaries over others and solicited payments from collectives under the auspices that they would win a spot in the marijuana permit lottery.

As already mentioned, Sky High did not win a spot in the lottery and the suit said that Pulido and other city employees used their positions to close down collectives that were competing with dispensaries that had made financial contributions.

On Wednesday, it was revealed that the city had reached a settlement in the case for $100,000. Officials did not comment on the settlement but Attorney David Pappas said the money will go to two Sky High volunteers and a doctor whose nearby office was affected by the raid.

Three of the officers involved in the raid were charged in March with misdemeanor petty theft for stealing protein bars and cookies from the dispensary. One additional officer was charged with vandalism for damaging surveillance cameras. Those four cops no longer work for the Santa Ana police department.