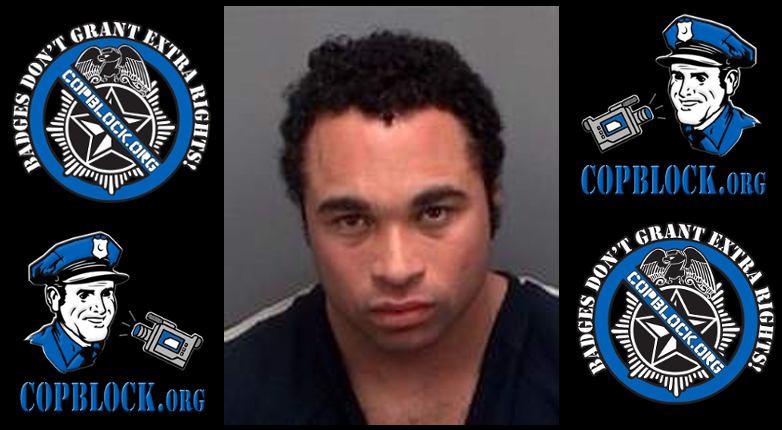 Officer Anthony Mathew Green of the St. Petersburg Police Dept. was allowed to retain his job in exchange for promising to abstain from drinking for five years after being convicted of DUI in 2009. In that incident Officer Green not only ran into multiple cars but also fled the scene.

He apparently managed to keep clean for those five years or at the very least to avoid getting caught, but two years after that commitment expired he was right back in the alcohol-soaked saddle again. This time he was found passed out and literally asleep at the wheel in his car on a local street.

Via the St. Petersburgh Times:

St. Petersburg police Officer Anthony Mathew Green, 36, was found asleep behind the wheel of his personal car, stopped in the middle of the southbound lane of Gulf Boulevard at Madeira Way in Madeira Beach, just before 11 p.m. Monday.

Green will go through an internal investigation and the court system before the chief makes a decision about his job. If he’s convicted, Holloway said, “I can tell you he’s not going to be here.”

“He was out there drinking again, and we’re not going to tolerate it again,” the chief said.

In an arrest report, Pinellas County sheriff’s deputies wrote that Green’s eyes were glossy and balance unsteady, and he refused to take a sobriety test or blow to have his blood alcohol-level tested.

People arrested on DUI charges who refuse to blow are automatically suspended from driving for a year, Holloway said.

He was off Monday, but normally patrols the southern parts of St. Petersburg during the day.

According to investigators: In Green’s first DUI charge from December 2009, he was trying to pass a vehicle near the 3500 block of Fourth Street. Instead, he drove over a raised concrete median and struck a sedan. He kept driving north on Fourth and hit another vehicle at 38th Avenue N. Again, he didn’t stop.

No one was injured in either crash, but Green was tested to have 0.179 and 0.173 blood-alcohol levels, more than twice the legal limit allowed for Florida drivers.

After he was convicted on one count of driving under the influence and one count of leaving the scene of the accident, Green agreed to abstain from alcohol for five years. He was randomly tested for drug or alcohol use, according to his personnel file. He was also suspended from work for six weeks and had a restricted driver’s license for six months that limited him to only drive during work, allowing him to continue his duties as a patrol officer.

He also agreed to “no violations of alcohol or criminal activity,” according to his personnel file.

During Green’s court proceedings, he was on administrative leave, but a new policy Holloway created this week makes it so any officer who is arrested cannot get paid while the case moves through due process.

“He’s not going to sit at home and collect his salary,” Holloway said.

The officer can get back pay if found not guilty and to have not broken police policy.

It’s interesting that Officer Green was given just a $500 bail for a second DUI, especially under the circumstances. I highly doubt anyone else working in a job in which driving is an integral part would have gotten that low of a bail or that “second chance” in the first place. That’s especially true when their job also involves arresting other people for driving drunk. Not to mention that for six months he was driving around without a driver’s license and pulling over people for traffic infractions, no doubt including DUI’s.

However, I will say that their policy of suspending officers without pay rather than giving them the typical paid vacation when they face criminal charges is a small step in the right direction down there in St. Petersburg.