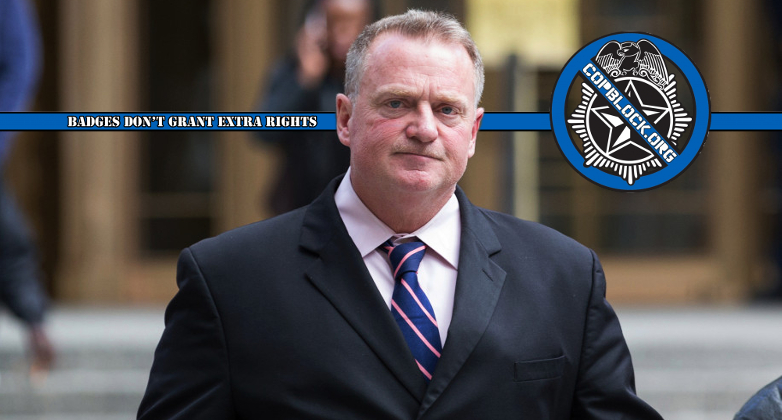 Earlier this week, former NYPD Sgt. Thomas Shea was sentenced to just three months in jail for committing Social Security fraud over the course of two decades. Shea collected over $600,000 in disability payments after retiring from the New York Police Department due to a shoulder injury in 1993. However, from 1999 to 2014 he also worked as a commercial truck driver for several different companies.

Shea only came clean once he was informed that his claim was being investigated. (I.E. he knew he was about to get caught.) And his original injury claim was actually fake as well, based on a diagnosis from a crooked doctor. So there’s no real evidence that he had anything in mind except self-preservation when he confessed to his transgressions.

Shea’s lawyer, Joseph Murray, asked for a probationary sentence with no imprisonment telling Manhattan federal Judge Jed Rakoff, “To go in [to prison] and come out a convicted felon, where is he going to get a job? Tom Shea should be made to pay. Allow him to continue to work at it, where being in prison he’s stifled.”

Shea made full restitution of the $622,843 he ripped off, before sentencing.

“He only came forward after Social Security sent him a notice they were gong to redetermine his case. He came forward because he thought he had been caught,” US Attorney Sagar Ravi Ravi said in arguing for jail time.

Shea told Judge Rakoff, “Approximately 20 years ago I made the worst decision of my life. I knew I was committing fraud and not a day went by I wasn’t looking over my shoulder. I was looked up to and now I bow my head in shame.”

Answered Judge Rakoff, “Here’s the issue, you have the amount of money, over $600,000 — and the longevity —a couple of decades. As always with crimes of this nature it exposes an inconsistency even a hypocrisy of the person holding themselves to others as doing right.”

Obviously that’s a nice speech by the judge who sentenced him to just three months in jail, except it is entirely invalidated by that very tiny three month slap on the wrist that nobody who hadn’t worn a Magical Suit and Shiny Badge would ever come close to receiving. That’s kind of the definition of inconsistency.

It’s also nice that his lawyer is so concerned about the plight of felons and their diminished job prospects. I’m sure that argument works well in Judge Rakoff’s courtroom when applied to the average citizen accused of stealing over $600,000.