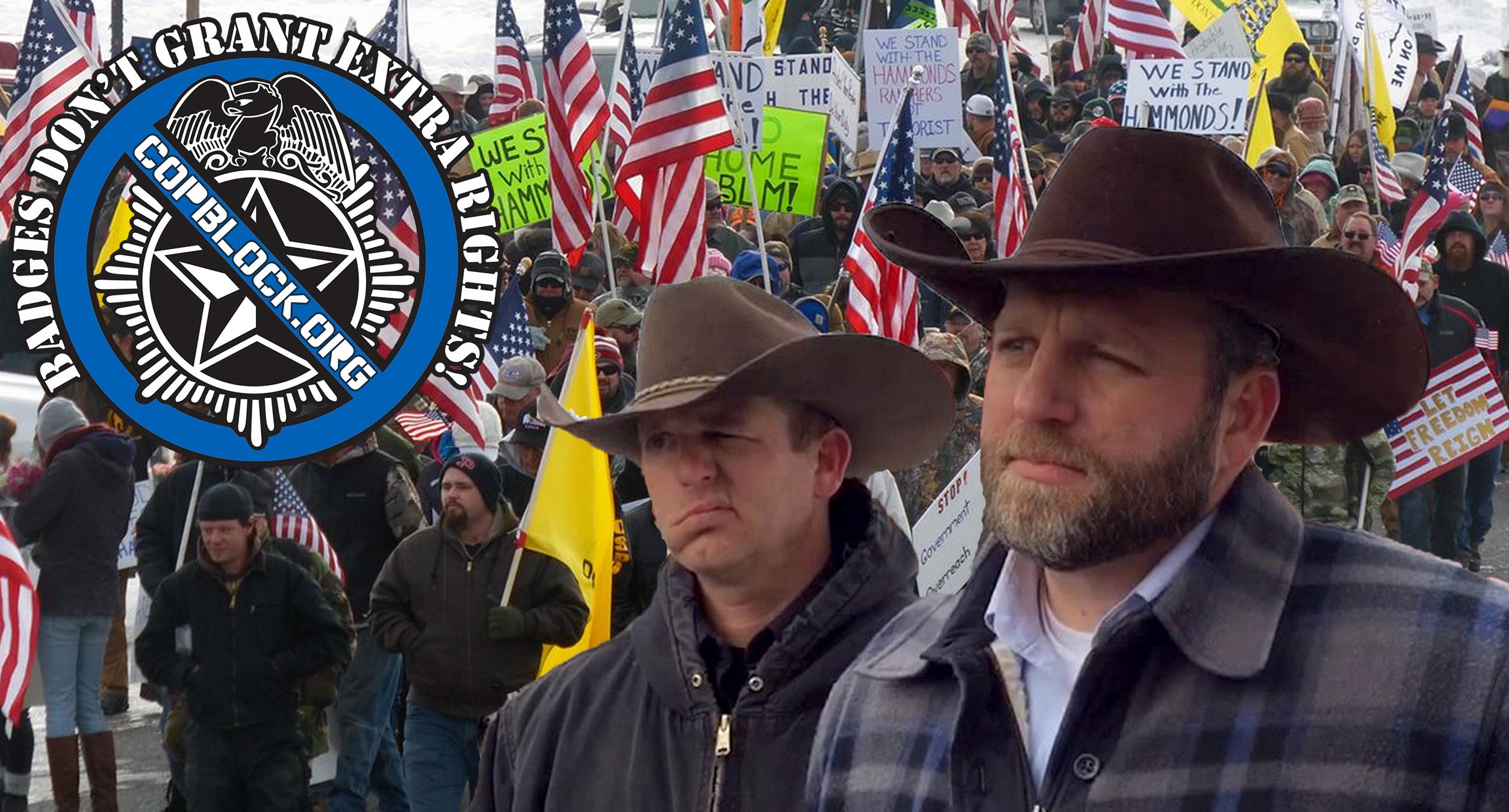 Ammon and Ryan Bundy, along with five co-defendants, have been found not guilty of conspiring to prevent federal employees from doing their jobs through intimidation, threat or force during the occupation of the Malheur National Wildlife Refuge that began on Jan. 2 and lasted 41 days.

Jeff Banta, David Fry, and the Bundy brothers were additionally found not guilty of federal gun charges – and Kenneth Medenbach was found not guilty of stealing government property. A hung jury was declared in reference to Ryan Bundy’s charge of theft of FBI surveillance cameras. After five hours of deliberation on Thursday, the ten person federal jury revealed the stunning verdict that dealt a significant blow to federal prosecutors and that should be celebrated by lovers of liberty across the political spectrum.

The Bundy led militia, who called themselves the Citizens for Constitutional Freedom, seized the refuge to further their protest of the return to federal prison of 73-year-old Dwight Lincoln Hammond Jr. and his son 46-year-old Steven Dwight Hammond, Harney County ranchers who were convicted of setting fire to federal lands.

The Hammond’s said they started a series of range fires on their own private property – first in 2001 to burn off an invasive species, and then in 2006 to protect their land and feed crops from fires already ignited by lightning – a tactic known as “back burning.”

The fires spread onto public land controlled by the Federal Bureau of Land Management (BLM) and the ranchers were prosecuted in 2012 as part of a plea arrangement on an array of charges including conspiracy, arson under federal terrorism acts, and attempting to damage property through fire. They were also made to pay $400,000.

As part of their plea deal, the Hammond’s agreed not to appeal their sentences. Dwight was sentenced to three months in prison and Steven was sentenced to 11 months – far below the mandatory minimum of five years their charges demanded – which judge Michael Hogan called “grossly disproportionate” and a “shock [to] his conscience.”

Unfortunately for the ranchers, the feds did challenge the sentencing, getting the Ninth Circuit Court of Appeals involved in order to overturn Hogan’s decision and send the men back to prison to serve the entire five year term.

According to Tri-State Livestock News, former BLM range technician, watershed specialist and Oregon rancher Erin Maupin said backfires set by other ranchers had burned federal lands in the past, but only the Hammonds have been charged, arrested and sentenced.

Maupin said ranchers “would call and the BLM would go and help put [fires] out and it was not a big deal,” but that there were numerous instances of BLM fires spreading onto private land causing ranchers to lose significant numbers of cattle, resources, and other property. Maupin claimed she was unaware of the BLM ever compensating ranchers for the destruction.

As part of a 2000 deal to prevent the government from designating Steens Mountain as a federal monument, area ranchers traded in their BLM permits and private property for land on the valley floor, which allowed Congress to create a 170,000 acre wilderness with 100,000 acres being deemed “cow-free.”

After the Hammonds were displaced from their property, the feds became free to fully exploit the natural resource rich area in Harney County. According to the U.S. Geological Survey, the land has a high potential for silver, gold, copper, mercury, uranium and other valuable commodities like natural gas and oil.

“It’s become more and more obvious over the years that the BLM and the wildlife refuge want that ranch,” area rancher and retired U.S. Forest Service employee Rusty Inglis said. “It would tie in with what they [already] have.”

This is the kind of corruption the Ryan Bundy led militia group took an armed stand against in Oregon. Bundy was arrested on Jan. 26 along with his brother, Ryan, and Shawna Cox on their way to a community meeting away from the refuge when police and federal agents ambushed their vehicle and sprayed them with bullets. The shooting was captured on video and resulted in the death of occupation spokesman LaVoy Finicum.

The footage showed Lavoy speaking with officers on the road who identified themselves as Oregon State Troopers before refusing to exit his car and telling them to shoot him or follow him to Day County to see the sheriff. LaVoy then took off and made his way toward a roadblock, where his vehicle was met with incoming gun fire before it veered into a snow bank. That is when Lavoy exited and was gunned down. Officers were then seen flipping off his lifeless body after they shot him.

Following the shooting, five FBI agents came under criminal investigation by the U.S. Justice Department. One is reportedly suspected of lying about firing twice at LaVoy and the other four may have covered up for him afterward. No details were given as to why the agent that fired the shots didn’t report them, and officials only offered that the other four were being investigated for conduct after the shooting.

That may include flipping off LaVoy’s dead body, but during the standoff, the FBI was also accused of attempting to turn the local community against the occupiers by posing as militia members in order to harass residents. After most of the occupiers cleared out of the refuge, Jeff Banta and David Fry were arrested on Feb. 11 while making a last stand. Kenneth Medenbach was arrested on Jan. 15 and Neil Wampler was arrested in California on Feb. 11.

In court, defense lawyers argued that the occupiers did not talk about trying to prevent federal workers from coming to the refuge, that they were unfairly prosecuted for engaging in a peaceful political protest, and that they had the legal right to carry firearms. During his testimony, Ammon Bundy argued that if his group hadn’t brought guns to the refuge, they would have been quickly arrested with the protest ending before it got started.

The defendants said they were never intimidating or threatening, and nearly a dozen witnesses testified at the trail about the happy, peaceful, and “even merry” atmosphere at the refuge. Additionally, the defendants asserted that the only violence that occurred resulted from the state police and FBI, who murdered LaVoy.

Defense lawyers also called out the use of FBI informants at the refuge with prosecutors confirming there were in fact 15 informants involved in the case with nine infiltrating the refuge. Only three were identified at the trial and defense lawyers argued that without knowing who the rest were during the occupation, it was unclear if any of the informants conspired with the defendants to commit any of the crimes alleged in indictments.

The seven found not guilty on Thursday are among 26 occupiers indicted on the conspiracy charge. Eleven of them have already pleaded guilty to the that charge and seven others are set for trial on Feb. 14. Ammon Bundy and Ryan Bundy are also among 19 indicted with their father, Cliven Bundy, who face prosecution in Nevada for the 2014 standoff with federal agents over the impounding of cattle and restriction of grazing lands near Bunkerville. That trial is set to begin on Feb. 6.