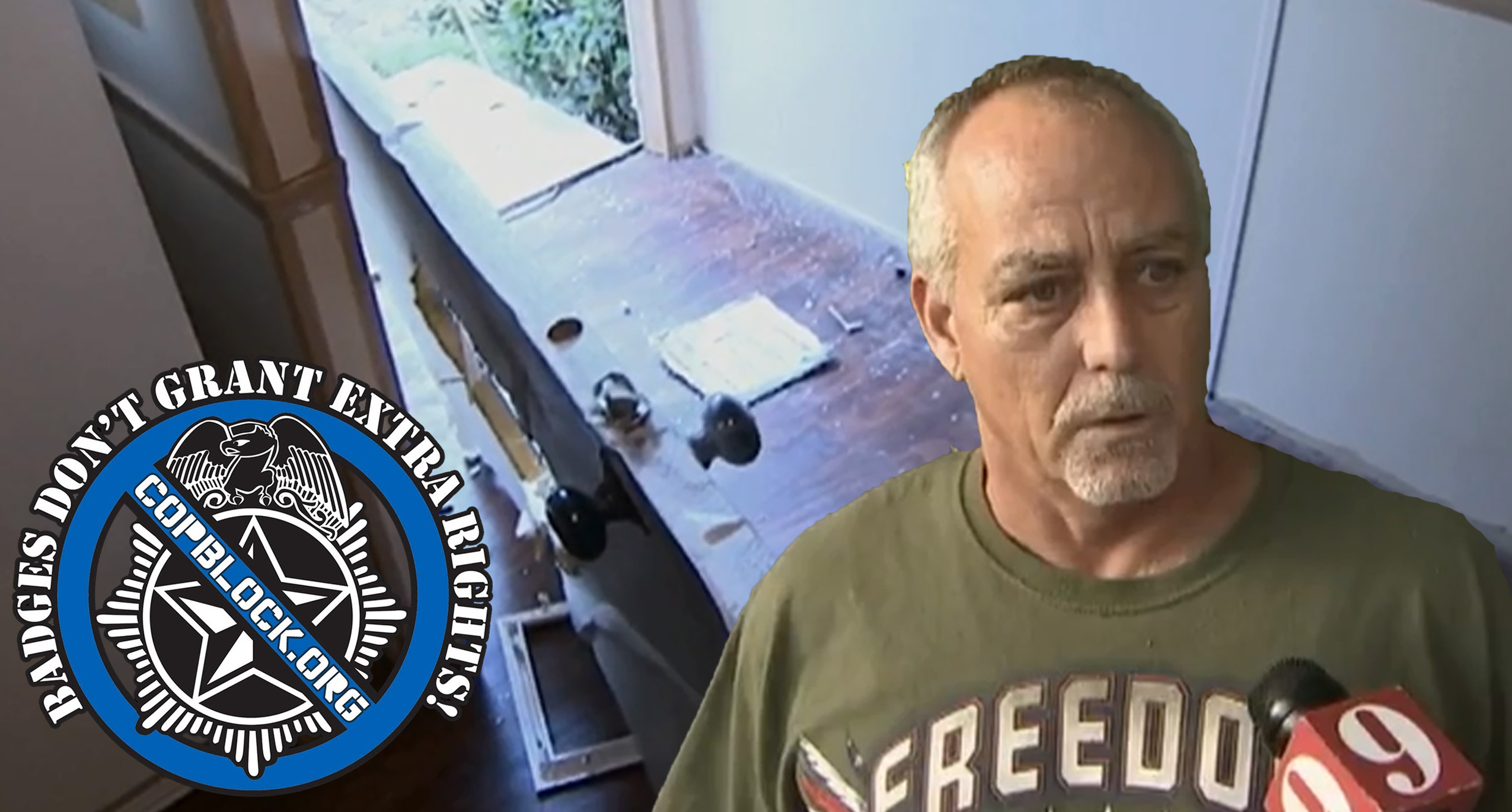 A Florida man and his son were terrified after 40 Orange County sheriff’s deputies and FBI agents crashed through the doors and windows of their home on Thursday.

According to homeowner Oscar Capps, an amputee with a 7-year-old child, the cops raided the wrong residence with their guns drawn at around 5:30 a.m. only to realize they had made a mistake after he had called to report drug activity next door.

“They told me they had it as my address, that they had a federal warrant to go inside my house,” Capps said. “I told them, ‘I’ll let you in. I don’t have a problem letting you in.’”

The officers and agents searched the Cleburne Road home for hours while Capps attempted to tell them they had the wrong address. In the ironic twist, it was Capps and his family that were terrorized by the very cops he had sought to deploy on others in his community.

The raiders eventually realized their mistake and went to the neighboring residence, but the physical damage to Capps’ home was done – as was the emotional damage to his son – who was left is a state of shock.

“They smashed the door in first then busted the windows out,” Capps said. “Where do I go from here?”

The FBI and Orange County Sheriff’s Office have not released any information pertaining to their investigation. Capps’ next door neighbor was arrested but it is unclear why. Perhaps Capps will think twice before attempting to sic the police on others in the future.

The FBI originally said that nobody was going to pay for the damage to Capps’ home because they denied it was the wrong residence, but according to WFTV, there was a company at the residence getting a damage estimate sent by the agency late Thursday.

The FBI policy states that anyone who believes that their home was wrongly damaged from a raid can file a claim. The agency said in most cases, homeowners first make the repairs themselves, and then submit a reimbursement claim.