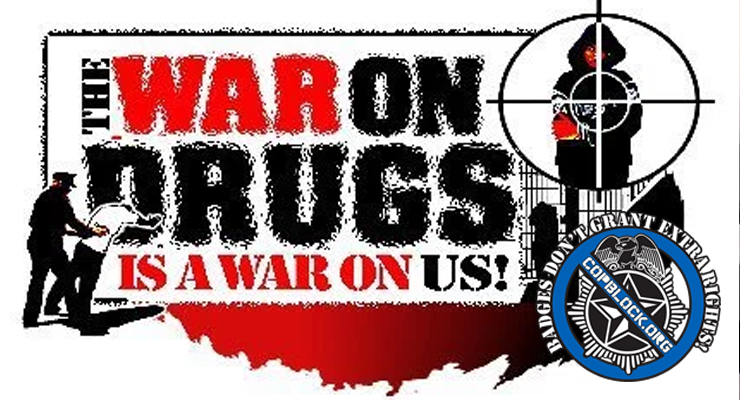 This article was originally published by The Pontiac Tribune by the same author.

The drug war’s casualties reach far beyond bloated penitentiary yards, fractured rehab facilities, and it’s own endless perpetuation. America’s opioid crisis, and it’s scale, is straining police, the policed, and the decades old rhetoric between them. Milwaukee Wisconsin is no stranger, nor its numerous nearby suburbs–like Wauwatosa.

Heroin use and overdose in particular is climbing, indiscriminately rocking towns with barbaric fervor.  Perhaps now is the time for law enforcement to consider drug enforcement nuances cropping up elsewhere in the country.

“888 bodies and counting”, a morbid but fitting title to a recent report by Milwaukee’s alderman’s office. In 14 pages, the document presents detailed analysis of a overdose plague striking the city. “Milwaukee county alone has seen a 495% increase in heroin related deaths between 2005-2015”, it reads. As a point of perspective, Milwaukee’s opioid deaths, heroin and others, exceed deaths by car accidents and homicide.

–Stop Assuming Who Or Where Is Affected–

The report shatters common stereotypes and beliefs, like such things are only inner city or poor people problems. Of the 888 deaths examined, whites accounted for 67%, blacks at 24%, and Hispanics ranking lowest at 6%. That’s remarkable in a city populated by more than half of all blacks in Wisconsin. A 2010 census found that whites accounted for 37% of Milwaukee’s population, whereas blacks were around 40%.

Males represented a sizeable majority, 61% compared to 39% for female overdoses.  Heroin claimed most, 39% to be exact, with prescription available Oxycontin trailing at 30%. Although cocaine placed at 23%, it accounted for 46% of black deaths whereas heroin ravaged whites.

Nearly half ranged between the ages of 30 and 59, averaging out at age 43. Whites trended younger, ages 30-39, with a prevalence among 20 somethings as well. African American deaths, on the other hand, tended to be well into their 40’s and 50’s. “At least several overdose deaths were reported in almost every local municipality.”

A city news release describes an “epidemic” “sweeping across demographic and geographic boundaries.” “It defies conventional expectations about where drug problems occur and who is affected.” “All corners of the city” are affected, from Cudahy to St. Francis, South Milwaukee up to Shorewood, over to West Allies then through Wauwatosa.

Wauwatosa, for instance, saw its heroin prevalence explode in 2008, putting its police department on notice. According to their 2008 annual report, 184.8 grams of heroin were captured by WPD Special Operations Group (SOG) compared to just 2.9 grams in 2007. The boom was loud enough to earn explicit reference in the report as “a significant increase.”

Tosa PD SOG added crack cocaine to its capture list in 2012, the first time the drug appeared in a Wauwatosa annual report. Should anyone then consider it a coincidence that Tosa’s teens noticed growing crack use among peers after 2010? In their 2015 report, Tosa PD captured a staggering 95 grams of crack cocaine, and 46 grams of heroin.

Youths everywhere, including Wauwatosa and West Allis are becoming well acquainted with Ms. China White (heroin) through tragedy. A few use the drug, but many more have either watched their friends become addicts or worse. Wauwatosa, statistically speaking–balancing a 90.1% white population against 4.3% for blacks–likely has a younger addict population.

Exactly how young is unclear, as Tosa PD’s reports do not include age break ups for drugs. Additionally, these numbers only represent SOG’s captures, not the entire department. This leaves the exact scale of Tosa’s problem in question though make no mistake, it’s there, vivid, and it takes.

Now is the time for WPD to learn from the work of colleagues, like Gloucester PD. The Massachusetts department was forced to break away from typical drug enforcement due to the scale of its own opioid crisis.

The new year of 2015 saw four overdoses over its first four months in Gloucester. Opioid abuse in Gloucester drowned it’s department, forcing it to break drug war ranks. GPD Chief Leonard Campanello launched the Angel Program thereafter, offering addicts rehab over jail time. Leonard’s words to addicts were heartfelt and empathetic, “we are not ashamed of you.”

Gloucester users were encouraged to come to the station, with or without drugs, and surrender to treatment. At that point, the individual is partnered with a volunteered “angel” to guide them through the rehabilitation process. Police transport them from the station to the hospital, where care of medical professionals is provided.

The program had a slow, but hopeful start, and has mushroomed across other US states. Gloucester PD still, however, conducts opioid arrests on the street, seeking out sources for the drug. Instead of impeding police work, the Angel program improves relations between police, communities, and “untouchables”.

Milwaukee is an excellent candidate city for such a program, if only departments would give it a shot. Gloucester took the hardest step–piloting–and their initiative has shown promise outside the small town.

In Milwaukee, smaller departments, like Wauwatosa, tend to pilot programs for use in larger departments. Whether it’s a new piece of equipment or strategy, smaller departments make for good contained experiments. For any department attempting to be seen as transparent, and community oriented, addressing issues in effective ways is critical.

In Wauwatosa, the victims of the heroin crisis are young, whose faces offend prejudices people may have of what makes an addict. No longer can Milwaukee ignore it’s crisis. It’s imperative that radical, progressive measures are taken to bring the staggering number of over 800 overdoses down.

This is indisputable, and in the face of these facts, departments like Wauwatosa PD have a choice. Either they can continue patterns of behavior shown to be ineffective to solve this problem, or they can adapt. May this article be seen as an plea to Wauwatosa PD: Consider piloting an Angel Program for Milwaukee, before it’s the hour grows even later.