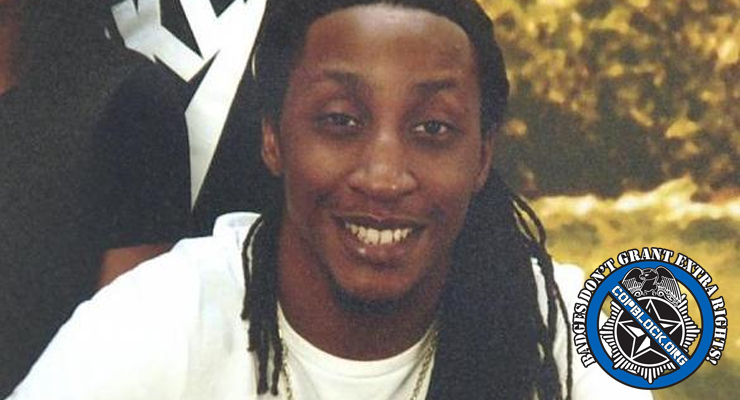 Striking new details have been released by attorneys regarding the Jay Anderson shooting in Wauwatosa, Wisconsin. Officials say dash cam footage has been enhanced by the DOJ (Department Of Justice) and shows Anderson never brandished a gun. The actions of not only the shooting officer, but also responding Wauwatosa PD investigators are also under close examination.

Jay Anderson’s family has fought for answers since his death four months ago. Anderson was killed by an officer at around 3am on June 23d, after his car was deemed suspicious. That officer has been identified by Anderson’s family as Joseph Mensah at several protests they’ve held in the suburb.

The Anderson’s have marched through neighborhoods, Mayfair Mall, and before Wauwatosa’s police station. They’ve received support by numerous activist groups as well as normal residents as time passes. Very few details have been released regarding Anderson’s death, and only now are official updates surfacing. In the meantime, the Anderson family reports ongoing harassment, intimidation, and surveillance by police.

According to them, Jay was shot 13 times, 4 of which struck him in the head. Though Chief Barry Weber initially stated he didn’t know why the officer was afraid, it was later suggested Anderson possessed a gun.

It was eventually determined that footage was indeed captured that night, though just 20 seconds. Anderson’s parents-Jay Anderson Sr. and Linda–were invited to the District Attorney’s office to view that footage. They later reported Jay held his hands high before he was shot by Mensah. In an interview with Cop Block contributors, Jay Sr. and Linda stated when backup arrived, all their squad cameras cut off simultaneously.

Most details disclosed have been unofficial, coming directly from the family. They released information out of desperation, because WPD simply wouldn’t provide answers. Residents who initially backed Tosa PD waned their opinions, as suspicions grew. Mr. and Mrs. Anderson say they haven’t met Chief Weber in person. Instead, Weber allegedly sends his lieutenants, who are notably ruder to them than Milwaukee PD officers.

Wauwatosa PD has also denied several FOIA requests related to the case, including from Cop Block. Contributors have filed several open records requests, the last regarding Mensah himself. The request asked for the most recent FOIA requests regarding Mensah, all of which were for OIS (Officer Involved Shooting). The first of these requests was filed days after Anderson’s death, and the last following a protest. By providing these details, WPD all but confirmed Mensah is at least a key player in the shooting.

An “attorney close to the case also recently disclosed officers didn’t document the weapon they said was in Jay’s car. His parents told contributors during a interview that WPD allegedly didn’t even photograph the gun. In fact, according to MJS, the weapon was moved from the car before photographs were taken. According to the family, Jay legally owned the gun and didn’t point it at Mensah.

Dash footage from that night was sent to the DOJ (Department Of Justice) for enhancement for more detail. “It was not conclusive of anything”, says attorney Jonathan Safran, “but it does allow for a better understanding of some of the movements inside the vehicle. I believe it helps us know that Jay Anderson never appeared to touch, raise or point the hand gun that was allegedly on the front passenger seat of the vehicle.”

Officer Joseph Mensah was allegedly involved in a shooting last year involving a man brandishing a sword. It appears that Mensah didn’t receive psychological care after the shooting, and was quickly reactivated. The Anderson’s say Mensah switched departments three times in five years, the last being Tosa. They also claim WPD denied him disability after last years shooting. During a protest at Madison Park, where Jay died, his fiancé stated park workers were routinely harassed by Mensah all summer.

Wauwatosa PD has continuously denied extensive comment on the case. Whereas inquiries from residents have been outright ignored, WPD publicly hides behind the pending investigation’s status. According to Milwaukee Journal Sentinel, the department claims it wants the event “viewed as a whole.”

However, is it viewed as a “whole” when the only narrative available is that of the departments? A narrative which, obviously, is crumbling quicker than the suburb itself can handle. For the longest time it was suggested Anderson threatened the officer with a gun–that’s now false. Initially, WPD Chief Barry Weber stated he didn’t believe that footage was captured, that’s also false. While the only known 20 second clip shows Jay with his hands up, eight whole minutes have been reported “missing” from that night. How much of the narrative fed to Wauwatosa’s residents is, in fact, false or suspect?

Concern over the killing has even spread to Tosa politicians, including the mayor. Cop Block contributors emailed Mayor Kathleen Ehley to get her comment on the case. When contributors spoke with the Anderson’s, they’d claimed the mayor had been asked by unnamed police officials to remain silent on the case.

Ehley emailed back admitting she was “legally restricted” on what she’s able to say. She did not, however, directly connect these restrictions to pressure by police officials. Ehley did provide an update paper provided to her by Chief Barry Weber. He’d prepared the paper for a meeting held by a Tosa group which has formed to demand answers. The only “update” or “new information” Weber actually provided was confirming Mensah is on “administrative leave.”

Regardless of the investigation’s outcome, Tosa PD is under a microscope it hasn’t felt in years. Not since the 90’s, which Weber dedicated to cleaning up WPD’s racist reputation and silencing criticism, have they met the spotlight. Residents are demanding transparency. It’s a huge leap from recent years, where WPD’s misconduct was ignored by many.

The central theme of the Anderson case is lack of transparency, and shutting out the public. That need must be satisfied if Wauwatosa PD expects to not further damage trust with the last citizens who’ll still offer it. “I am confident that the final determination of this case will conclude that our police officer acted appropriately”, Weber ended the public update with. The more information leaks the more the question is raised: If Mensah did this by the book, then is the whole of WPD in need of a top-down investigation by the public and the feds?