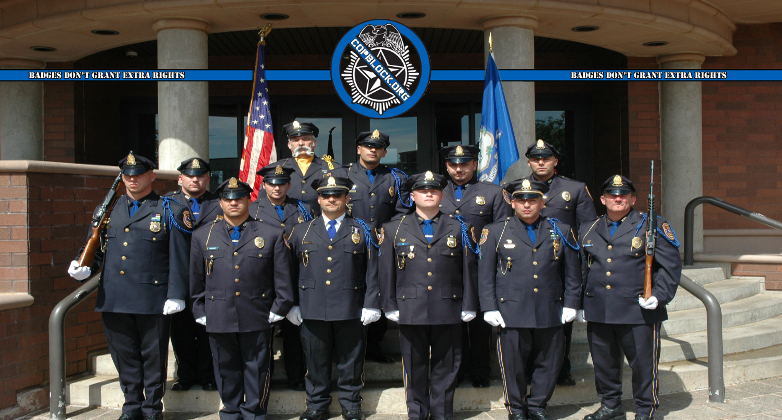 The following post was shared with the CopBlock Network by Kerry Marshall, via the CopBlock.org Submissions Page. Within the post, Kerry discusses a federal lawsuit he has filed against the City of Meriden, CT and the Meriden Police Department in which he alleges he was arrested and harassed by members of the MPD in retaliation for a previous lawsuit he filed. Kerry states that the previous lawsuit resulted in the resignation of a Connecticut State Trooper named Tom Topulos, who is the brother of Timothy Topulos, a Meriden Deputy Chief of Police.

Kerry Marshall’s federal lawsuit (Civil No. 3:11-CV-577-JCH (Dist. of Conn.) alleges that on the evening of 11/5/2010, he was accosted by Meriden, CT. Police Officer Evan Cossette and Sergeant Robert Pekrul at a local Cumberland Farms Convenience Store/Gas Station for the express purpose of retaliating for Marshall having previously filed a federal lawsuit about a traffic stop he endured inside his private driveway, which led to the resignation of then Middlefield, CT. Resident State Trooper Topulos.

The suit alleges that Cossette and Pekrul falsely claimed that Marshall’s car being backed into a stall away from the gas pumps and that Marshall having not exited the vehicle signaled to them that a potential drug transaction was about to occur. They also claimed that the Cumberland Farms location (on Broad Street) was the site of numerous drug arrests over the past several years. In addition, they falsely claimed that a check of Connecticut motor vehicle records revealed no registration information for Marshall’s Lexis IS 300.

Contrary to Cossette and Pekrul’s claims, Marshall’s suit points to the falsehood of officers’ claims, in that they have no police data or information showing that the site is infamous (sic) for drug arrests, nor did they seek to retrieve any information from the Connecticut DMV regarding his car. However, later information was discovered, from within their own records, showing that they made an inquiry with the NCIC (a federal agency) in a not so well thought out attempt to ruse (sic) Marshall about the status of his car and make a case against him.

Marshall’s suit alleges that Cossette and Pekrul utilized illegal and unauthorized cell phone tracking to locate Marshall and falsely claimed he never exited the parked vehicle. In fact, the suit alleges that evidence shows he was at the Cumberland Farms Store to reload a prepaid credit card and had to exit the vehicle to do so, something officers failed to put in their police report.

Also alleged is that Cossette and Pekrul used extremely tight handcuffs on Marshall and hurled him into an unmarked police van for transport to the police station. Excessive force was used on Marshall at the station by Officer Zakrzewski while Officer Slezak stood in the door of the holding cell laughing and taunting him.

According to the lawsuit, in July of 2015 Cossette and Pekrul’s charges of misuse of a license plate, driving an unregistered car, resisting arrest, and public disorder concluded in Marshall’s favor and as the case now stands all defendants, including Police Chief Jeffry Cossette (Officer Evan Cossette’s father) are being held accountable for either false arrest, excessive police force, failure to intervene, failure to supervise and retaliating against Marshall for his having exercised his First Amendment Rights regarding a preceding federal action he filed. That action caused the resignation of then Middlefield Resident State Trooper Topulos, whom it turns out is the brother of the Meriden Deputy Police Chief Timothy Topulos.