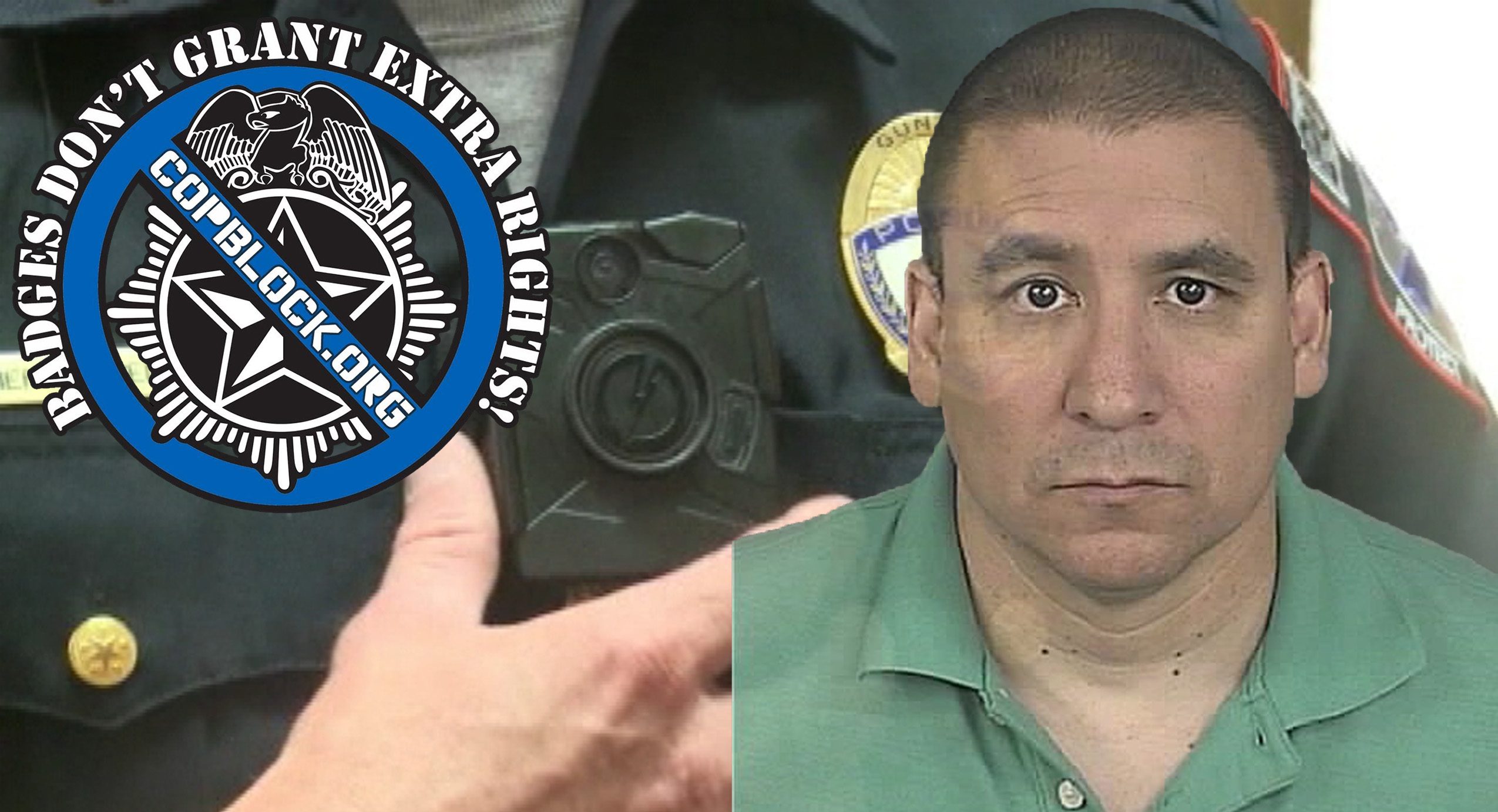 A Denver police officer has been arrested after he unwittingly filmed himself stealing $1,200 from a suspect with his body camera.

Julian Archuleta was taken into custody on a felony charge of suspicion of tampering with physical evidence and misdemeanor first-degree official misconduct and theft charges, according to police documents.

He was booked into the Downtown Detention Center on Thursday and has been suspended without pay while an investigation is being conducted. The Denver police department said a suspect was never charged for a shooting because of Archuleta’s actions.

The incident occurred on Oct. 7 after Archuleta responded to a car wreck that resulted from a police chase. His body camera recorded him searching the shooting suspect’s clothing after it was removed by EMTs.

Police documents say that Archuleta was seen in the footage finding a wad of cash with a $100 bill on top of it before separating the $100 bill and leaving a $1 bill in it’s place.

After shuffling the money and rearranging paperwork in his patrol car, Archuleta handed over the cash to a detective who logged it as evidence.

According to police documents, the detective counted $118 and did not find any $100 bills. When Archuleta’s body camera footage was reviewed as part of the investigation however, the detective spotted the $100 bill and reported what he saw to Internal Affairs.

Archuleta was confronted about the money and he told a detective he would “check his war bag” to see if some of it had fallen out in his car. He then claimed that he found 12 $100 bills that “must have fallen in his bag,” and he gave it to investigators.

As a result, Denver prosecutors refused to charge the shooting suspect because of the missing money. Archuleta also allegedly moved evidence inside the suspect’s vehicle before detectives obtained a search warrant.

Julian Archuleta, 48, has worked as a Denver police officer since 2004. His arrest marks the second of a cop in the city in just the last month – and is the first case of body camera footage leading to a Denver cop being criminally charged.

Archuleta faces up to eight years in prison.