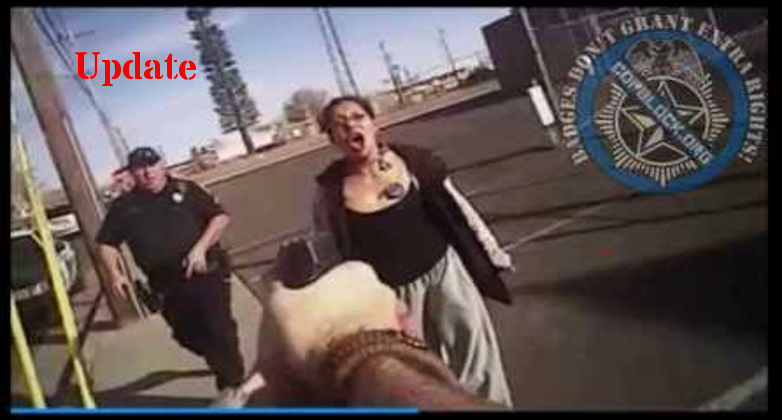 On March 27th, Winslow Police Officer Austin Shipley shot Loreal Tsingine after he and his partner responded to a shoplifting complaint in the Arizona city. Officer Shipley testified that he was “forced” to shoot Tsingine five times after she attacked him with a pair of scissors.

In April, CopBlock Network contributor Brian Sumner posted about the shooting and the many questions members of Tsingine’s Navajo tribe and other indigenous tribes, as well as other activists had about the necessity of shooting her. Also, in July, I posted the body camera video (embedded below) of the shooting, which only raised more questions when it indicated that she was only “armed” with very small medical scissors and hadn’t actually raised her arms prior to being shot.

Although, the Maricopa County Prosecutor indicated upon releasing the body cam video that they would not be charging Officer Austin Shipley with a crime in relation to Tsingine’s shooting, it has now been reported that he has “decided to resign.”

Via 12News.com, the local NBC affiliate:

Winslow police officer Austin Shipley resigned from his position Monday, according to the Winslow Police Department.

Shipley shot 27-year-old Loreal Tsingine five times near a shop in Winslow in March, killing her.

An internal affairs investigation on the shooting performed by the Mesa Police Department was concluded last week.

According to Winslow PD, the results were reviewed by the department’s interim director, Christopher Vasquez, who met with Shipley Monday.

Shipley then decided to resign.

Documents from the investigation have not yet been made public.

This obviously raises even more questions about the shooting and whether it was necessary for two police officers to shoot a small woman. Not the least of which is whether Shipley will simply go to another police department and get hired as a cop once again after the attention dies down. Although Shipley has a well documented history of complaints, including excessive force complaints, it has been shown quite clearly that the Good Cops running police departments around the country have no trouble overlooking such behavior by Bad Apples and rehiring them, regardless of previous misconduct.