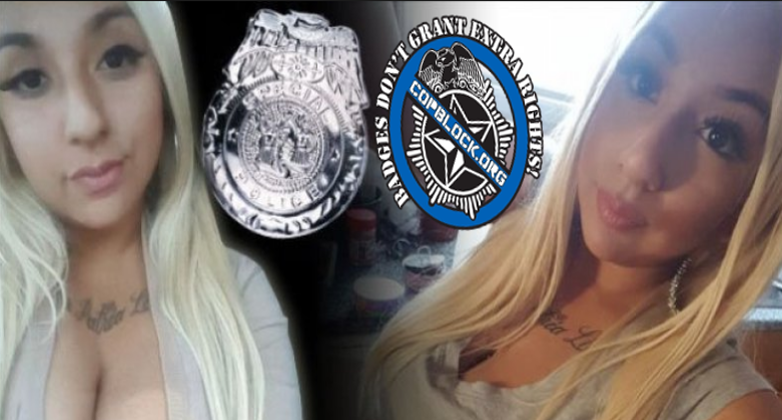 The Richmond Police Department has announced that they will fire four officers after an investigation found “documented misconduct” between those officers and the teen prostitute who went by the name of Celeste Guap. Five other officers received official reprimands for their involvement with her. The RPD has not specified what their actual “involvement” consisted of, although it’s not terribly hard to connect those dots.

This latest round of firings raises the number of Bay Area police officers officially implicated in the scandal to 28 total, including seven that are facing various charges and eight that have been fired. Within the space of nine days three Oakland police chiefs also were forced to resign or were fired as a result of the scandal.

The Oakland Police Department and other Bay Area law enforcement agencies came under intense scrutiny in June after 19-year-old Jasmine Abuslin came forward earlier this year and said that she had sex with multiple officers, some while she was underage.

In addition to the firings in Richmond, four Oakland police officers were fired and seven others suspended without pay in September.

The allegations led Bay Area prosecutors to file multiple criminal charges against five different officers from other agencies, including three from the Oakland Police Department. Some of the charges included lewd conduct, engaging in prostitution, providing a minor with alcohol, failing to report child abuse and felony oral copulation with a minor.

One Oakland police officer, Brian Bunton, was charged with obstruction of justice; authorities accused him of leaking information about planned prostitution raids to the teenager in exchange for sex.

Richmond Mayor Tom Butt said in an email that he cannot disclose what type of misconduct led to termination of the four officers, but Sunday’s disciplinary actions were harsher than what the city originally announced last month when the investigation concluded. At that point, the city had planned to fire only one officer.

“The appropriate corrective actions are being taken to ensure that we do our part in Richmond to address the rash of improper conduct seen in police departments across the Bay Area,” Butt said in a statement.

More than likely, it will be several months before all these officers are hired at a different police department in another area of the country. So, no doubt they have learned their lesson and the “appropriate corrective actions” have indeed been taken.