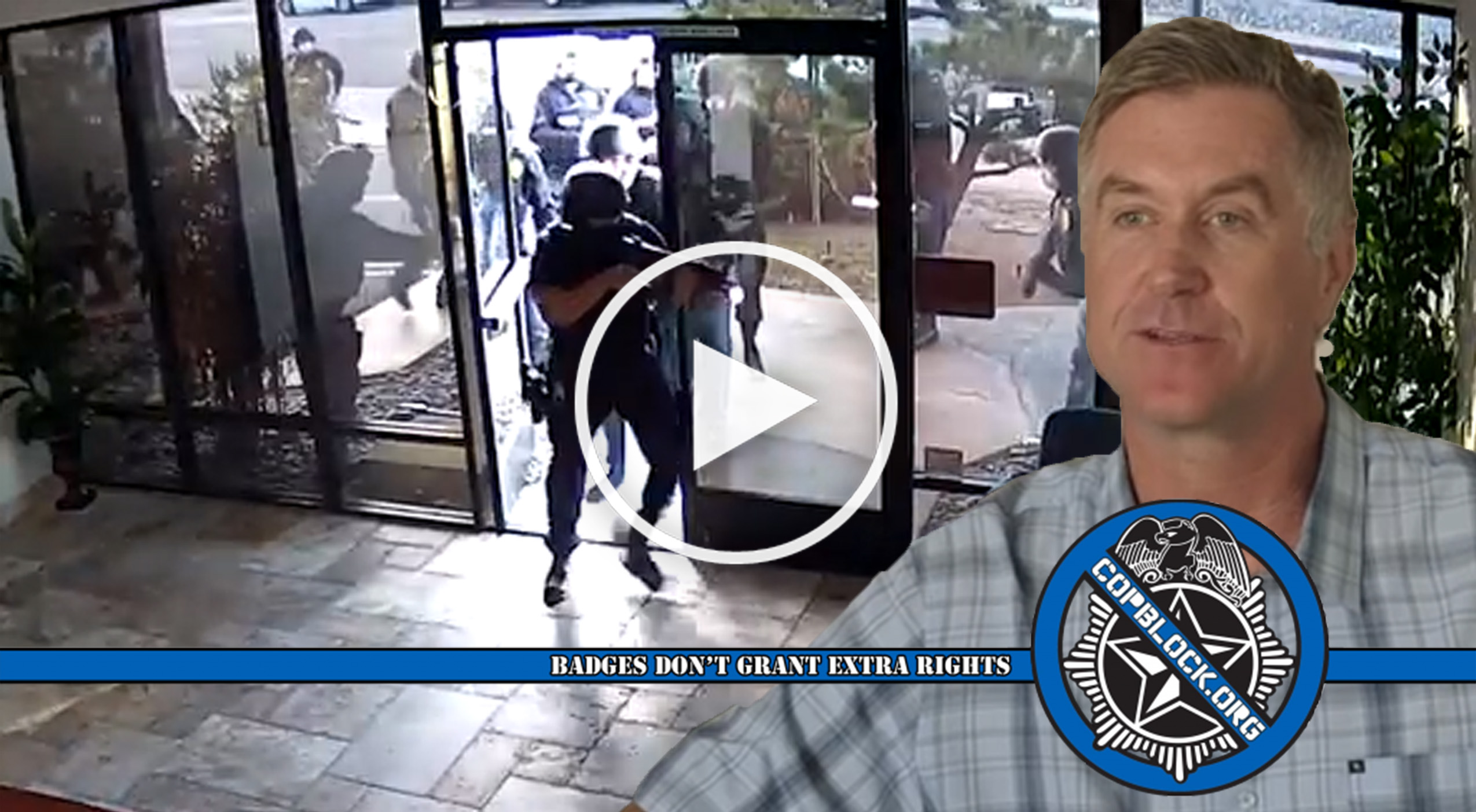 In yet another case outlining the absurdity and outright theft involved in civil asset forfeiture cases, a San Diego family is fighting to get its life savings back after their legal medical marijuana business was raided by police.

According to the Institute for Justice, a joint narcotics task force of at least 30 DEA agents and San Diego police officers busted open the doors of Med-West Distribution with a sledge hammer at around 7:30 a.m. on January 28, 2016.

Heavily armed and adorned in tactical gear, the officers began pointing their weapons at the heads of employees before handcuffing them and searching the location for anything valuable they could confiscate.

Specializing in refining cannabis oil for vaporizer pen cartridges, the owner of the business, James Slatic, said the cops quickly found a safe and cracked it. They reportedly found about $325,000 in cash inside and then high-fived each other.

The officers weren’t done however. After the raid, seizure warrants were executed for the personal accounts of Slatic and the rest of his family, which were completely unrelated to Med-West. Doing so additionally netted the cops more than $100,000.

No one in the family was charged with any crime. Neither were any of the employees at Med-West. Still, nine months after the raid San Diego police have refused to return any of the money – and prosecutors still haven’t launched a civil forfeiture case in regards to the personal bank accounts.

As a result of the incident, Med-West has gone out of business, leaving 35 people without jobs. Additionally, the Slatic family is struggling with their bills, worries about how their children will be put through college, and is unable to properly support their 86-year-old grandmother.

Now partnering with the Institute for Justice, an organization that has been on the front lines fighting civil asset forfeiture for years, the Slatics have filed a motion in an attempt to reclaim the money from their personal accounts. Wesley Hottot, an attorney at IJ, said the case “illustrates the abusive power of civil forfeiture at its worst.”

Medical marijuana has been legal in California since 1996. In order to justify the seizure however, San Diego Detective Mark Carlson reportedly claimed that Med-West was violating a law that prohibits “chemical extraction” of the plant.

“I’ve done nothing wrong,” James Slatic said. “We operated the business legally and in compliance with all California and local laws.”