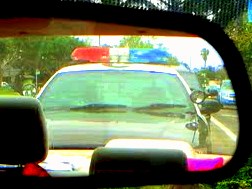 Contrary to what Conservatives want you to believe, racism is not a thing of the past, nor merely some phantom phenomenon pesky minorities whine about to get attention and handouts from politicians.

Let’s take a look at the current situation, shall we?

New York City, like many others, has for years enforced a marijuana policy that disproportionately results in the arrest of Blacks and Latinos, even though marijuana use rates are similar to that of Whites (more here). Again in the Big Apple, a tyrannical stop-and-frisk policy has resulted in the detention of 700,000 people in the last year – mostly Blacks and Latinos, even when 9/10 of them have committed no crime (more here). In the United States, there are more black men in prison today than were enslaved (more here). Black people are also disproportionately executed (more here). This is not to say that if these horrendous events were occurring equally to white people that things would be fine and dandy – but clearly, there is a mechanism of racism at play here.

Contrary to what liberals believe, racism is not mostly a problem of evil corporations engaging in discrimination, to be readily “solved” by government rules, regulations, and bans.

For starters, every single travesty above is the result of government policies, rules, and regulations. Looking to the integration of schools (Brown v. Board of Ed.) and the policy of forcing private business to admit black people (Katzenbach v. McClung) as some kind of glorious civil rights victory has got to be a fucking joke.

This may be just a wild guess, but I’m pretty sure that if forced to choose between private discrimination and government discrimination, people would choose to be banned from a shitty local diner (but have plenty of other options to choose from), than to be locked in a cage for marijuana and be ass-raped. Given the choice, I think people would rather be banned from going to a private, racist mom-and-pop shop, than be beaten and/or killed by government police.

Even slavery, which was of course committed by private people – could not have existed as long as it did without the support of government. How long do you think slavery would have lasted if the government didn’t back slavery with laws, force people to return slaves to their masters, and restrict Black people from owning weapons? And if you believe segregation was mostly the fault of private people, consider whether you’ve heard of Jim Crow laws. It shouldn’t be a surprise that private people segregate their restaurants when the government requires it.

On a milder note, Asians are also rabidly discriminated against through affirmative action measures at universities (more here). They (we) have to score an average of 140 SAT points higher than white people to be admitted to selective institutions (more here). The thing about affirmative action is this – the government likes to act like it is helping the poor, stupid, people of color. But when the poor, stupid, people of color actually get head on their own merits, by god, we can’t let that happen! That would be outrageous! Thus, what results is a policy that selectively favors the minorities that don’t seem to pose a threat of becoming a majority at universities, while forcibly keeping out the Asians, who are (god forbid!) increasingly crowding out white people.

Racism exists on a spectrum. On the mildest level, it’s merely an idea. It’s a prejudice or hatred of people of a certain skin color. This isn’t good, but you can’t really control what people think, and the best remedy is awareness and outreach. On the next level, a private individual might put his ideas into action and ban minorities from his store or business. Certainly, this is currently illegal. Yet, even in the absence of laws, it is likely a racist business owner would not ban minorities for 2 main reasons – 1. he will look like an ass to everyone he knows and 2. he will make substantially less profit by restricting his customer base.

Even if he decides to be an asshole and make poor business decisions, not everyone else in society will. There would be plenty of sane, rational, and smart business people who do not support such stupid ideas and would never dream of banning minorities from their business. On the worst level, someone might be motivated to beat or kill someone because of race – however, there are laws against assault, battery, and murder, and no one is disputing the legitimacy of those laws.

Contrast this with how police operate. In the days of slavery, they were there to send slaves back to their masters, because the law is the law. When Japanese people were rounded up into concentration camps, the police (and the military) were eager and willing to rob innocent Japanese people of all their possessions, and imprison them because the law is the law. And now, they continue to round up Blacks and Latinos (and white people, although not in the same proportions) for innocuous violations, because the law is the law. Arguably they also beat and kill a disproportionate number of minorities, and while there are laws against assault, battery, and murder, they don’t apply equally to the hallowed ranks of police forces.They always have been this way, and always will be this way, because they are a forcible monopoly, as permitted by law.

Again, racism exists on a spectrum. It’s not good if someone hates you just because of your skin color. It was unfortunate, hostile, and unpleasant that people called me “chink” when I was a child, and that I in turn called them “useless pieces of white redneck trash” – but such is a fact of life. Watching two 11-year-olds scream racial epithets at each other is probably not what people envision about America the melting pot (or salad bowl, whichever theory you subscribe to). It is not even representative of most of America – society is not perfect, but at least there was no violence involved. You’re never going to get along with everyone in the world, whether it’s over race or something else.

Surely, it’s even worse if someone won’t let you in their store because of your race, but this is not going to happen on a massive scale for long, there will always be reasonable alternatives, and again, at least there is no violence involved. On the other hand, government action  is almost always violence. It is an inescapable and ultimate oppression as an American to be rounded up into an internment camp, shot, beaten, or arrested by government police with no recourse or legal redress. Or, alternatively, if you have the misfortune of living overseas, it is an inescapable and ultimate oppression to have your limbs blown off because you are brown and believe in a different type of bearded man in the sky.