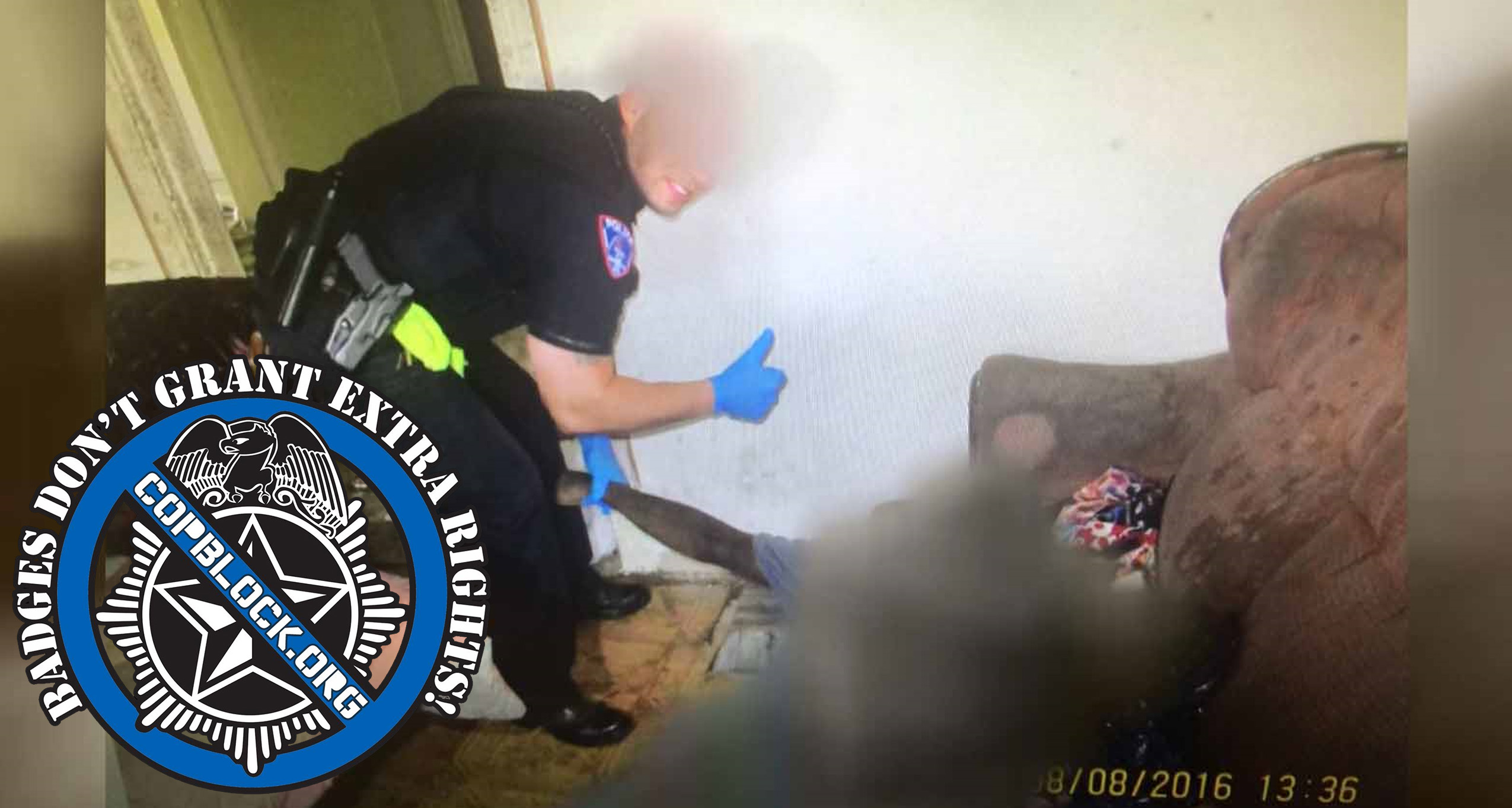 A mother is outraged after a photo called ‘hideous’ by her attorney emerged showing a police officer lifting up the arm of her deceased son while giving a thumbs up.

According to reports, 28-year-old Omar Rahman was found dead in a home in the Pine Lawn area of St. Louis County, Missouri on August 8. He died from an accidental drug overdose, the county medical examiner confirmed.

Rahman’s mom, Kim Staton, said she has heard little from police following her son’s death regarding exactly what happened to him. After the photo was leaked to television station KMOV, Staton said she is even more upset.

The station chose to obscure Rahman’s body and also covered up the face of the North County Police Cooperative officer, rationalizing that no wrongdoing in the incident has been determined yet. It is still unknown who the officer is.

“I really don’t know, actually, what happened to my son,” Staton said. “[Police a]re supposed to be there to help and protect, not doing what he was doing with thumbs up and a smirk on his face.”

It is unclear how exactly the photo made its way out of the Police Cooperative, but Staton claimed she was told by officers that their official crime scene camera had gone missing for a time and that several pictures had also disappeared.

“It’s hideous. The implications of this photograph are just astronomical,” Staton’s attorney, Antonio Romanucci said. “I have seen thousands and thousands of forensic photographs, I have never seen a staged photograph of an officer next to a deceased body.”

According to North County Cooperative Chief Tim Swope, the department is conducting an internal and external investigation into “the totality” of what occurred. The chief reportedly declined repeated offers to view the photo.

Some have speculated that this may be because he doesn’t want to have to identify the officer involved. After first publishing the photo, KMOV was threatened by a lawyer for the Cooperative who said “NCPC does not believe it is appropriate to comment on [the] matter” because the picture is “stolen property” and the subject of two open investigations.

Staton said she just wants to get to the bottom of her son’s death and is looking for answers. She is now weighing a lawsuit with Romanucci against the Cooperative in order to get more information, not only for herself, but also for the public at large.