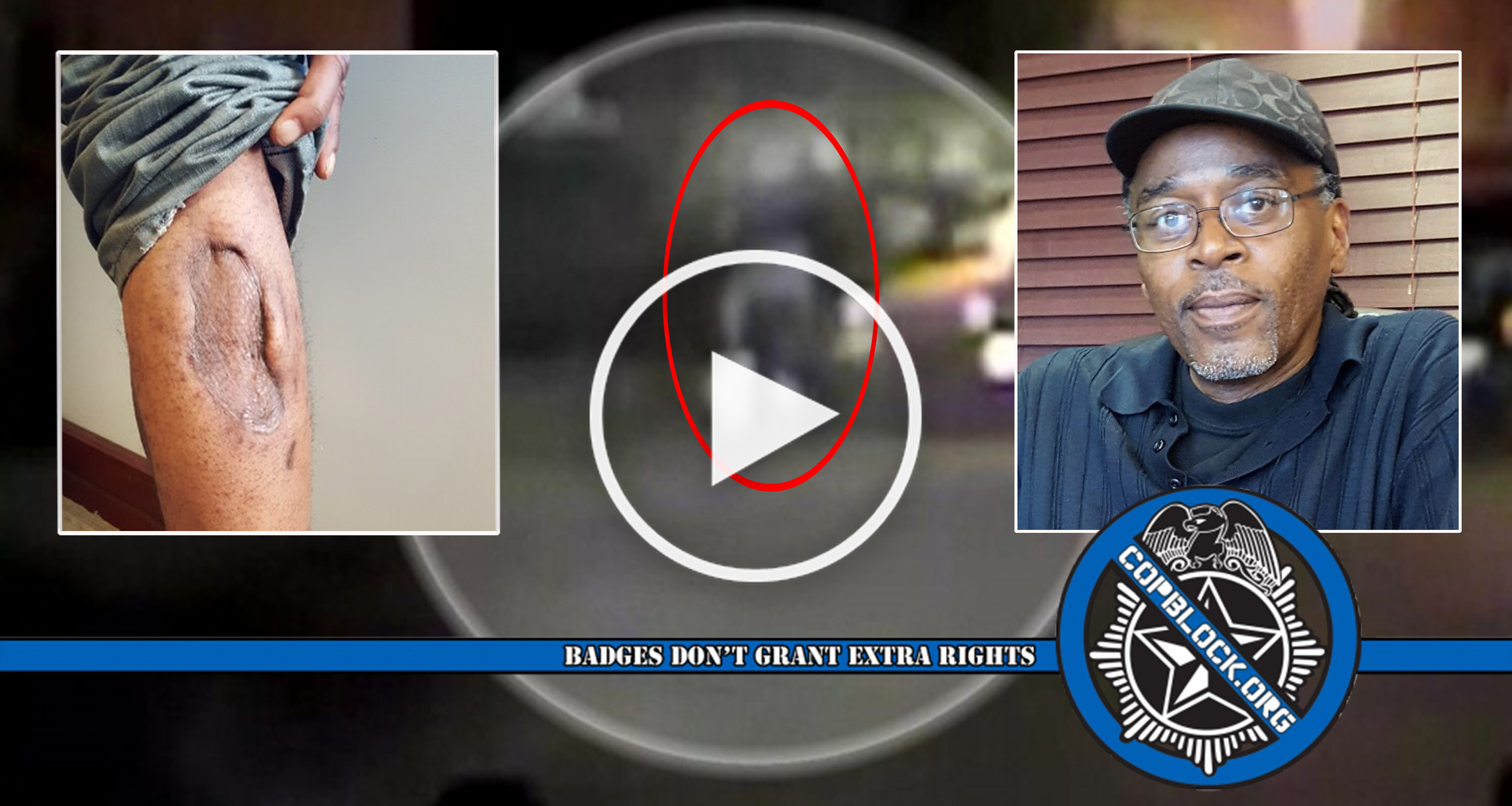 Video has emerged showing St. Paul, Minnesota police officers kicking and unleashing a K-9 on an innocent and unarmed man whose injuries required him to be hospitalized for two weeks.

According to reports, 52-year-old Frank Baker was mauled by the police dog for more than a minute and was kicked three times by one officer. He suffered severe bites to his leg, multiple broken ribs and collapsed lungs.

Officers had responded to calls about a fight on June 24 and were told that one of the individuals involved had a gun. As Baker matched the description of the suspect, the cops told him to put his hands up after he was spotted in the area.

Police said Baker raised one hand in the air before one of the officers repeated the command and the K-9 was released to apprehend him. Baker then fell to the ground when the dog initiated contact with him.

Officers reportedly told Baker to keep his hands visible but when he was slow to respond, one of the cops began kicking him in the ribs. Baker is heard screaming in pain on video recorded from the scene before being handcuffed.

The officers then called paramedics who responded and treated Baker for his injuries which took two weeks for him to recover from in the hospital. No gun was found on Baker and it was latter determined that he had nothing to do with the fight.

Following the incident, an investigation was launched to review officers’ use of force and the K-9 handler was suspended for 30 days after it was determined he was not warranted in releasing his dog so early.

“I’m disappointed and upset by what the video shows,” St. Paul Police Chief Todd Axtell said. “The content of this video does not reflect the way we strive to do our job, day in and day out.”

Other officers involved in the debacle are still being investigated. It is not yet clear if the cop who kicked Baker, causing broken ribs and collapsed lungs, will receive any disciplinary action.

St. Paul’s police union has come to the defense of that officer, and the others, stating that they acted reasonably considering Baker had matched the description of a suspect who reportedly had a firearm.

Representatives for the union, the St. Paul Police Federation, also claim that Baker “ignored numerous commands to put his hands in the air” and “refused to comply” with orders – assertions that department officials have already rebuked.

“As a result of this incident we have increased our training for officers,” Chief Axtell said. “When we don’t get things right we have to own it… and we have to apologize.”

According to Axtell, he met with Baker while he was in the hospital and then again in order to apologize to him in person and assure him that a full review of the incident was being conducted. Baker is still expected to take civil action against the department.