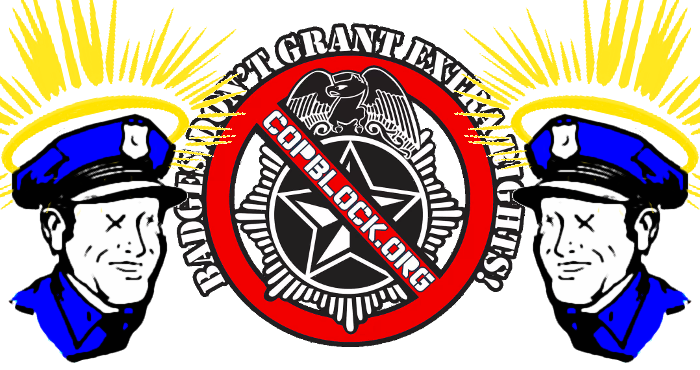 The higher the pedestal, the harder the fall.

In the past week there have been five different shootings of police across America, making it the deadliest in recent history. Ten officers have been shot. Six of them have died and two more are fighting for their lives.

Even more shocking is the fact that these senseless tragedies were not committed by ‘anti-police thugs’, but white men who are angry at a system that they support, but feel has failed.

This is what happens when the media stirs up hero worship.

When police are put in the public spotlight and given special honors that raise them above the average citizen, then they are also imbued with responsibility for all of the problems of the world. And when they fail to live up to the heroics that have come to be expected, their disenchanted supporters take it out on them.

This is why you never hear of a police abolitionist shooting at cops. We are peaceful people trying to disassemble an inhumane institution. By my own thinking, even cops are victims of the ideology which creates and supports policing. It is a burden on our humanity that we all bear the brunt of, even if most are not aware of it.

The people shooting and killing cops are people who want vengeance for what they see as the failure of police to do what they think police should be doing. They are supporters, accountability advocates and reformers. This includes the people who want the police to be even MORE aggressive than they already are. Which seems to be the case with the recent killings.

So when the media whips up a frenzy of hero worship for fallen cops, they are creating the conditions by which more might be killed. It is not police critics like us feeding this deadly fury, but the sensationalist mainstream media using tragedy to sell stories.

The two problems are one and the same. Feeding the superhero identity of police sows the ideological grounds for pointless violence by and against law enforcement.

Mainstream media needs to let the families of cops killed on duty mourn their loved ones with dignity, respect and privacy. The greedy opportunism that turns tragedy into headlines and hero worship is the most deadly sensationalism of all.