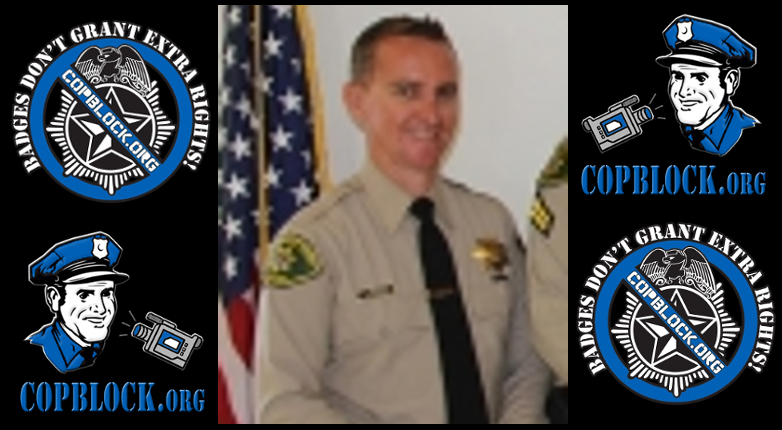 The following post was shared with the CopBlock Network by  Ken Seale, via the CopBlock.org Submissions Page. It consists of a letter he has sent to several media and political figures regarding an incident he was involved with and abuses he maintains were committed by Detective Jarrett Morris of the Santa Barbara Sheriff’s Office while Morris was serving a search warrant at his residence.

Complaint sent to Santa Barbara Sheriff’s Office. Individual has since been hospitalized for a seizure that occurred days after the warrant service. No prior history of seizures exists and it is important to note that Ken was not accused of any crime or being served with an arrest warrant. This was simply a SEARCH WARRANT.

I am Ken Seale, a 66 year old, disabled man. The following are specific complaints with the aforementioned warrant service, it is my request that each issue be addressed individually.

Use of Unreliable, Likely CRIMINAL, Informant

Lying in a Search Warrant Affidavit

I would furthermore like to request that a third party look into Detective Morris’ “evidence”. Detective Morris is a loose cannon, he is abusing his authority with no accountability and it is harming innocent people. He is likely falsifying reports and search warrants as well. Time will tell.