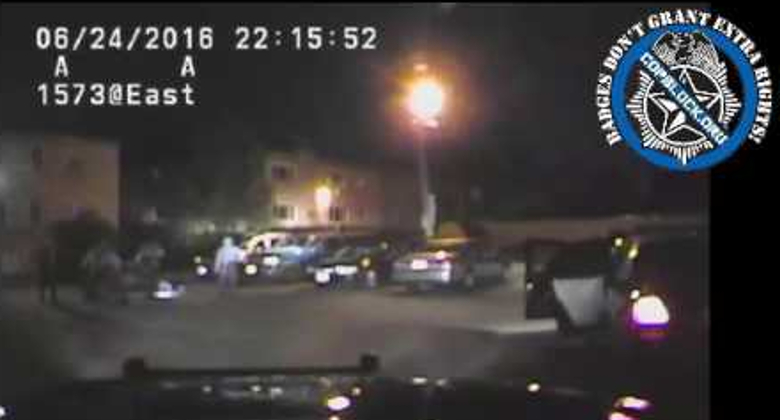 Earlier this week, Asa J reported on the story of Frank Baker, an innocent man who was simply walking home when he was attacked by officers from the St. Paul Police Department in June. One of those officers, K-9 handler, Brian Ficcadenti, allowed his dog to bite Baker for over a full minute. Another officer, Brett Palkowitsch, then kicked him three times in the ribs, breaking several of them and causing him to suffer a collapsed lung. As a result of his injuries, Baker was confined to the hospital for two weeks during his recovery and now has permanent scars and injuries, as a result.

According to reports, 52-year-old Frank Baker was mauled by the police dog for more than a minute and was kicked three times by one officer. He suffered severe bites to his leg, multiple broken ribs and collapsed lungs.

Officers had responded to calls about a fight on June 24 and were told that one of the individuals involved had a gun. As Baker matched the description of the suspect, the cops told him to put his hands up after he was spotted in the area.

Police said Baker raised one hand in the air before one of the officers repeated the command and the K-9 was released to apprehend him. Baker then fell to the ground when the dog initiated contact with him.

Officers reportedly told Baker to keep his hands visible but when he was slow to respond, one of the cops began kicking him in the ribs. Baker is heard screaming in pain on video recorded from the scene before being handcuffed.

Of course, it was later determined that Frank Baker had not been involved in the fight or any other illegal activity and was completely unarmed. The assault upon Baker was captured on a dash camera in one of the police cars (see below) and later released to the public.

Initially, the K-9 officer who allowed his dog to maul Baker was suspended for (just) 30 days as “punishment” for his actions. Now, it has also been announced (via a Facebook post) that Officer Palkowitsch has been fired from the St. Paul Police Department.

In a Facebook message Friday morning, Police Chief Todd Axtell said he is “disappointed and upset” by what the video shows. The incident happened a day after he took office.

“When I became chief, I promised to do everything possible to ensure that the people we serve have faith in their police department,” Axtell said in his statement. “I want you all to know that the video does not reflect the way we strive to do our jobs — day in, day out. This is not the Saint Paul way.”

During the news conference, Axtell said releasing the video was “the right thing to do.”

“After this incident, I met with the man injured in the video while he was still in the hospital,” Axtell said. “At that time, I assured and promised him a full review was being conducted. I met with him again today in my office and offered my deepest apologies on behalf of the police department.”

Axtell said the K-9 officer, identified as Brian Ficcadenti, was suspended for 30 days even though a civilian review commission recommended 10 days. His suspension went into effect Thursday, Nov. 3.