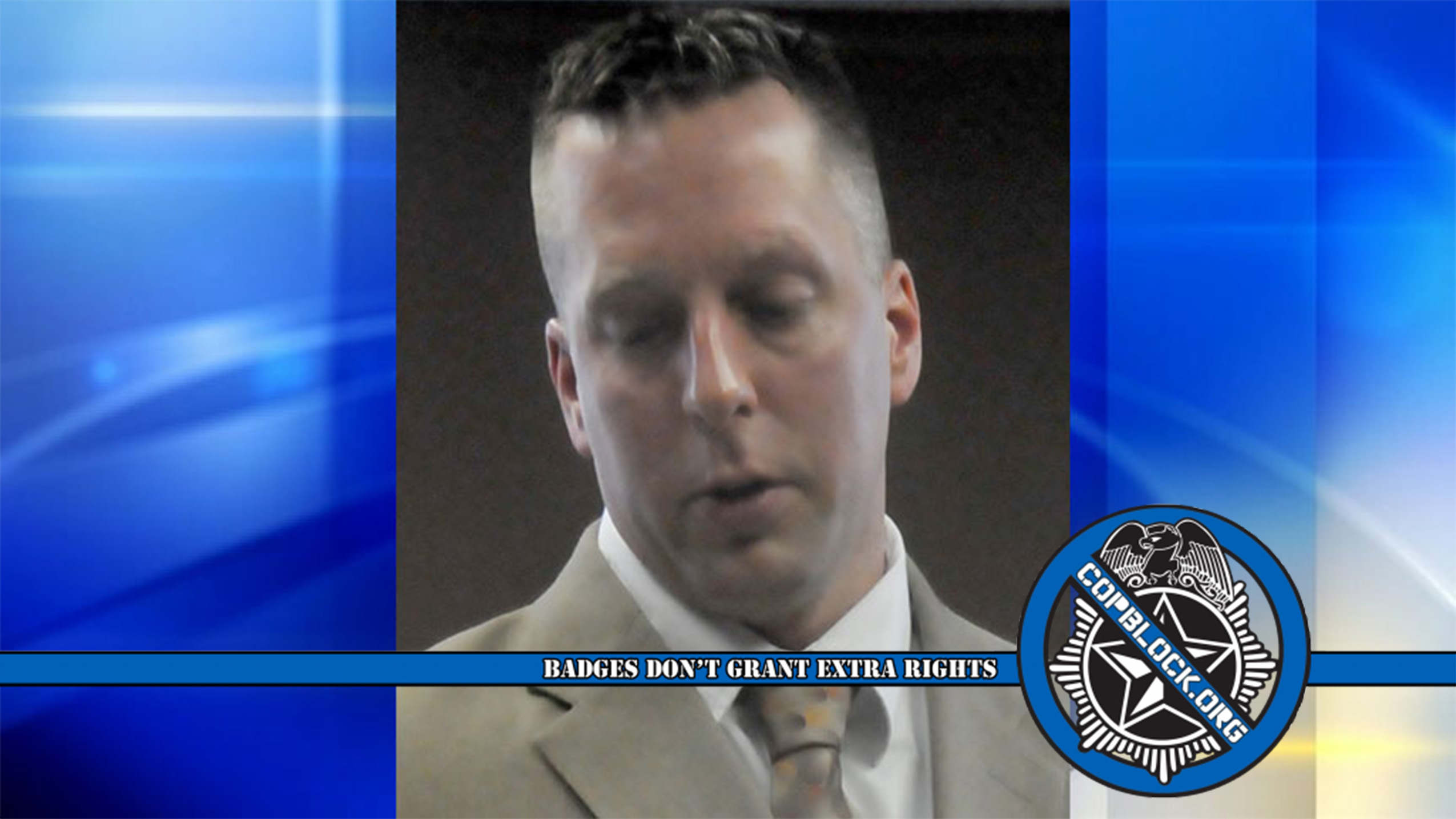 A former Pennsylvania cop alleged to have had sex with an underage, confidential informant faces only nine months in jail after a jury returned a split verdict on Wednesday.

Connellsville police officer Ryan Reese, was accused last year of accepting sexual favors from a girl in exchange for him not filing drug charges against her. She was 15-years-old when she first met the officer during a drug bust.

The teen testified in court that Reese told her he would “drop all charges” if she cooperated with him, but said both she and her boyfriend were still hit with charges. She said she had sex with Reese at least four times and performed oral sex on him twice.

According to prosecutors, Reese exchanged hundreds of text messages with the teen and engaged in sexual activity with her while on-duty, in his police car, at the police gym and at the police station garage.

Reese’s grand jury indictment said the girl’s mother told investigators about a meeting the officer set up with her daughter in which six Pennsylvania state troopers followed them to an empty school bus parking lot where they parked for 21 minutes.

Reese was charged in March with one count each of rape and official oppression, and three counts each of involuntary deviate sexual intercourse: forcible compulsion, sexual assault and indecent assault – in two other cases.

According to court records, the charges resulted from a Pennsylvania state police investigation that began in June, 2015 after a woman alleged that Reese handcuffed and raped her while serving an arrest warrant at her home in Westmoreland County.

Reese was a Connellsville city cop but was also a member of the Fayette County Drug Task Force. In another case, the former officer is accused of threatening a Fayette County woman who was being investigated for drugs.

In grand jury testimony, that woman said Reese told her that she would be jailed if she did not have sex with him. Out of fear of being incarcerated, the woman said she complied. That and other case against Reese is still pending.

On Wednesday, a Fayette County jury deliberated for hours in regards to Reese’s case involving the underage informant, and returned a split verdict finding him guilty of only a corruption of a minor charge.

Reese’s defense attorney argued that the victim’s testimony did not match her original statements to police, and also cited text messages that allegedly showed that she had pursued Reese.

Reese was initially free to be released following the verdict on $10,000 bond, but the judge increased the amount to $75,000 and he was taken to jail. He now faces probation and up to nine months in jail when sentenced in the case.