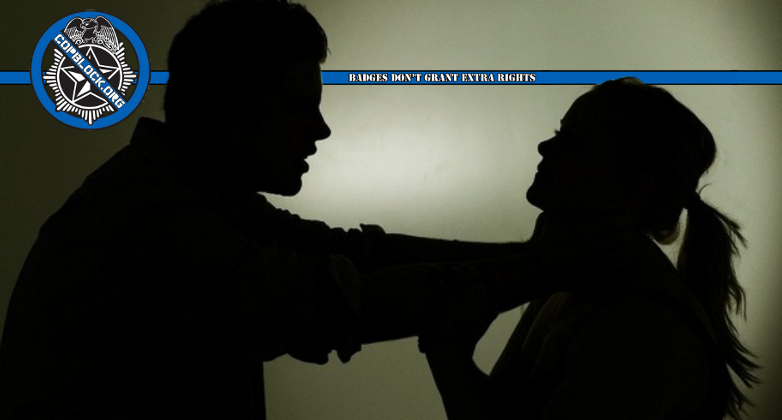 The wife of a New Jersey Police Officer, who requested to remain anonymous, shared with us at the CopBlock Network a short rundown of her life after she says her police officer husband began physical abusing her. While there is no way to substantiate her claim, minimal internet research turned up that Brian Kerrigan is in fact a Sergeant with the New Jersey State Patrol, but I was unable to find anything pertaining to his arrest. For obvious reasons, that does not automatically mean he did not abuse his partners on multiple different occasions.

Robert Ebberpup is also an attorney in New Jersey and was the attorney who defended the patrol officers who shot Radazz Hearns, a 14 year old kid from Trenton,seven times as he ran away from them. Their actions were determined to be justified.

A joint statement from Ebberpup and Christopher Burgos, president of the New Jersey police union claimed, “The officers were in fear of imminent and deadly harm from a 14 year old youth who was in possession of a firearm.”

He has also defended cops who have driven drunk, assaulted people, and of course shot people.

Until he began to abuse me in Dec 2012, I had no idea about his past. In 2006, he was arrested for punching another woman in the face. From 2009-2011, he harassed and stalked his ex fiancée. She was denied a restraining order even though she feared for her life.

Now since I want to divorce this monster, I have suffered backlash from other cops. He has been arrested for multiple offenses against me, although nothing ever happens. In July 2016, he was charged yet again with harassment, but the NJSP came to investigate their own, and the charges disappeared. Weeks later, he put a restraining order on me.

I had no money to defend myself, and he took my children. I haven’t seen my children for nearly four months now. Meanwhile he, the abuser, continues to receive a free attorney, a fat paycheck, and preferential treatment within the court system with a flash of his badge. The NJSP make their own domestic violence abusers unbeatable.

Domestic violence is rampant within law enforcement communities, being reported at four times higher than civilian families by multiple agencies. However their victims are also less likely to report it. As a spouse, you can become more of a hostage than a family member when the very people you call to protect you place the interest of their fellow gang member over the people they are supposed to protect from violent offenders.