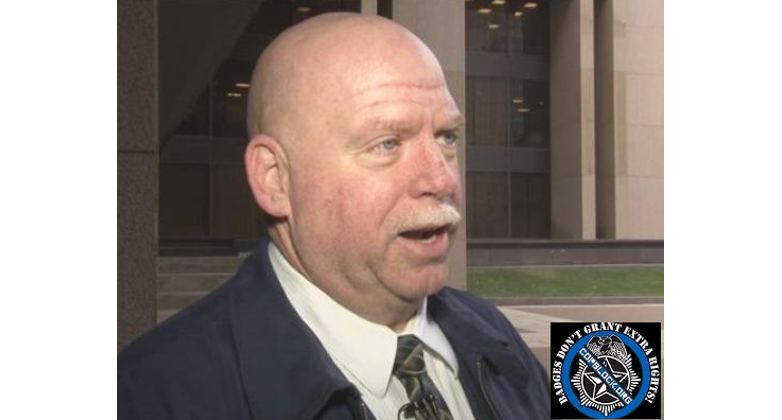 CPPA President Steve Loomis has been asked to step down from the Community Police Commission.

Ten of the members of the commission all wrote separate letters to Loomis asking him to step down because he has missed over 10 meetings of the panel since January. The two new appointees, from earlier in the week were not involved in the letter writing campaign to remove Loomis.

The three who didn’t write letters were; Loomis and lawyer Gordon Friedman and LaToya Logan, a social worker. The latter two were just recently appointed to the commission. Snippets of the letter, via Cleveland.com:

“We believe it is in the best interest of the CPC and the CPPA to have a union representative actively present at Commission meetings, respectfully voicing CPPA interests and concerns.”

“We recognize that every CPC member has other professional and personal obligations which prevent them from attending every CPC meeting. However, you are the only Commissioner who has consistently missed required meetings for many months, thereby not fulfilling Commission responsibilities.”

Since it’s inception, I have been skeptical a community police commission would do any good. Especially when the head of the police union, with a history of opposition to police police reform is a member. The commission was put together as a result of the consent decree between the Cleveland police and the Department of Justice. A consent decree means that rather than be taken over by the Justice Department, a police department forges an agreement with them that allows for them to still retain control of their own department.

Scene magazine had this to say:

In recent months and weeks, Cleveland police union president Steve Loomis has a) been issued a six-day suspension by the chief after an altercation involving a family member and current officer at the union hall (Loomis will appeal), b) has come under investigation for wearing his uniform at a Trump rally despite being off duty, and c) come under fire from black members of the union for rallying the group to issue an endorsement for Donald Trump, which marked the first time the union had ever endorsed a presidential candidate.

Steve Loomis has also never once admitted that a police shooting or any police behavior for that matter is unjustified. He thinks everything is fine in Cleveland. But rather than citing all these reasons for his dismissal, the commission decided to focus on the fact that he is never there when they need him. Much like he is not there for the city of Cleveland.

Here is the contact information for the CPPA, in case you want to tell more than just Steve Loomis what you think of them: