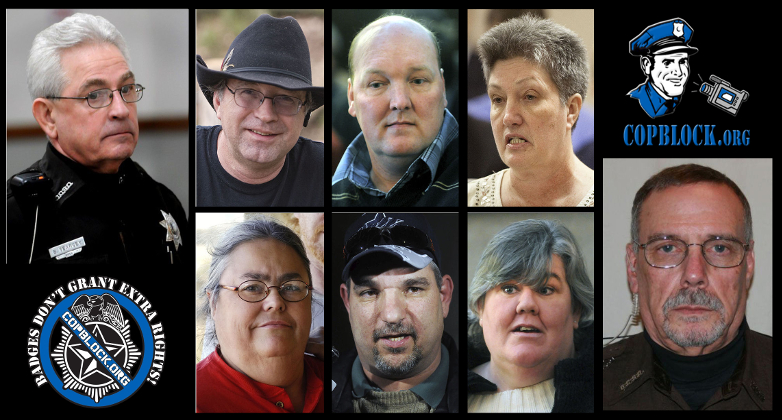 In November, one of six people falsely imprisoned for murder filed motions to have the wages garnished and liens placed on the property of the deputies involved in the investigation. James Dean, along with five others dubbed the “Beatrice 6” had spent as long as 20 years in prison when they were convicted of the rape and murder of Lincoln resident Helen Wilson. After DNA testing revealed that someone else had committed the crime they were released and subsequently were awarded a total judgement of $28.1 million in a federal lawsuit.

James Dean, one of the six people wrongfully convicted in the 1985 rape and murder of 68-year old Helen Wilson in her downtown Beatrice apartment, last week asked the court to garnish wages of former Deputy Burdette Searcey and Reserve Deputy Wayne Price.

Dean also asked the U.S. Marshal’s Service to seize property belonging to Searcey, who launched the 1989 cold-case investigation into Wilson’s death, and Price, a psychologist who treated some of the six and also acted as one of their jailers. The amount of the award was partly based on the “reckless nature” of the investigation, as well as the amount of time the six had spent in prison. In addition to ruling against Gage County, the jurors found Deputy Burt Searcey and reserve deputy Dr. Wayne Price personally responsible for the manufacturing of evidence used to convict them. Deputy Searcy led the investigation, which started out as an unsolved cold case.  Dr. Price, a psychologist, had acted as a mental health counselor for several of the falsely convicted prior to acting as an adviser to the Gage County Sheriff’s Office and sitting in on interrogations. That dual role was ruled to be a conflict of interest that should have prompted him to recuse himself from any involvement in the case.

That ruling of personal responsibility by the two officers means, unlike in most lawsuits involving police officers, that they are required to pay from their own personal finances their portion of the judgement. Officials from Gage County have appealed the ruling, stating that they do not have the resources to pay such a high amount. They previously had attempted to secure a loan from the state government, which was denied by Nebraska Attorney General Doug Peterson. Raising property taxes and declaring bankruptcy are other options the county has looked into in order to pay the judgement, which is triple the county’s yearly budget. Although the size of the judgement makes it unlikely that they will ever collect it in full, Dean’s move to file for wage garnishment and liens against Searcy and Price’s personal property, effectively means any income or property they have now or gain through future earnings beyond basic living requirements would be seized. In effect, they would both be impoverished for the rest of their life unless they somehow came up with the money to pay off their portion of the balance of the judgement.

Pending a ruling by the 8th Circuit Court of Appeals on the appeal by Gage County, U.S. District Judge Richard Kopf issued a stay on the garnishments for 90 days. In the meantime, Judge Kopf required that Deputy Searcy and Dr. Price not make any sort of financial transactions during that 90 day period. He also rejected a request from the county to issue a stay on their portion of the ruling.

The federal judge did order Searcey and Price to abide by affidavits they submitted to the court indicating they would not “sell, assign, transfer, convey, mortgage, or otherwise dispose of or encumber any interest in real or personal property” without the court’s permission.

In a motion filed with the court earlier this week, Jennifer Tomka, one of the team of private-practice attorneys representing Gage County, asked that a stay on the execution of judgment against Searcey, Price and the county be considered by the court.

Tomka said the federal court could issue stays that protect the status quo for the county while the appeal is under consideration by the appeals court.

Kopf rejected those requests by the county.

Although he said it was unrelated to the ruling, Deputy Searcey retired from the sheriff’s office in November. Dr. Price is still a part of the department, although his current role was described as “limited” by Sheriff Millard “Gus” Gustafson.