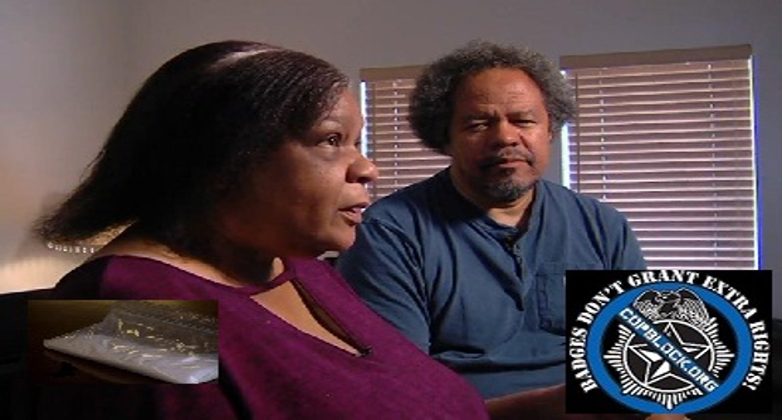 An Arkansas couple spent two months in jail because incompetent cops, failed drug test equipment, and a corrupt system that supports them, couldn’t tell the difference between baking soda and cocaine. Gale Griffin and her husband, Wendall Harvey, who haul explosives for the U.S. military, said they were detained for eight grueling weeks while they waited for a lab to overturn the in-the-field drug test that detected illegal drugs in their truck.

This is the shit about the failed drug war that gets under my skin. These folks lives are irreparably destroyed and there are no consequences for police or courts that allowed this case to get this far. The arrogance of the police in Arkansas is astounding. They say, o well. It is what it is.

While police admit that the test is not perfect — as many as 1 in 5 positive results are actually false positives — officials don’t have many alternatives. The $2 kit is one of the best portable tests on the market, officials said.

“We’re not chemists, and we don’t roll with a chemistry set in the back of a police car,” Fort Chaffee Police Chief Chuck Bowen told KATV. Griffin and Harvey were held for 10 days before the court approved them a public defender. Weeks rolled by before they were assigned a specific attorney. The couple’s lawyer begged prosecution to expedite the more accurate lab tests, which would prove that the mysterious white powder was only baking soda. Prosecution waited another four weeks before requesting the lab speed up the case.

Two months after Griffin and Harvey were first arrested, the lab finally processed the substance. Officials confirmed it was only baking soda.

Griffin and Harvey were released, but it took another month for them to get their impounded truck back. The drug suspicions led the military to deny them security clearances, effectively putting them out of work. But I bet the military got their explosives back a lot quicker!

The poor couple had this to say:

“We both didn’t think we were going to get out at all,” Griffin told KATV.

“I use baking soda for everything,” she said.

“I felt like I was somewhere that didn’t feel like America. I can’t call anybody, nobody knows where I’m at,” Harvey said.

“I thought that I’d died and gone to hell,” Griffin told the TV station.

And they basically had gone to hell. Here are two innocent people with no experience with the justice system, subjected to two months of hell over a police misunderstanding. Oops! No apology, no nothing from the police. Only the arrogance of children demanding not to be held accountable because they are not chemists. Well apparently you are not very good police officers either! Maybe you Arkansas cops should stick to date rape and AIDS jokes. You are probably better at that anyway! #endthedrugwar