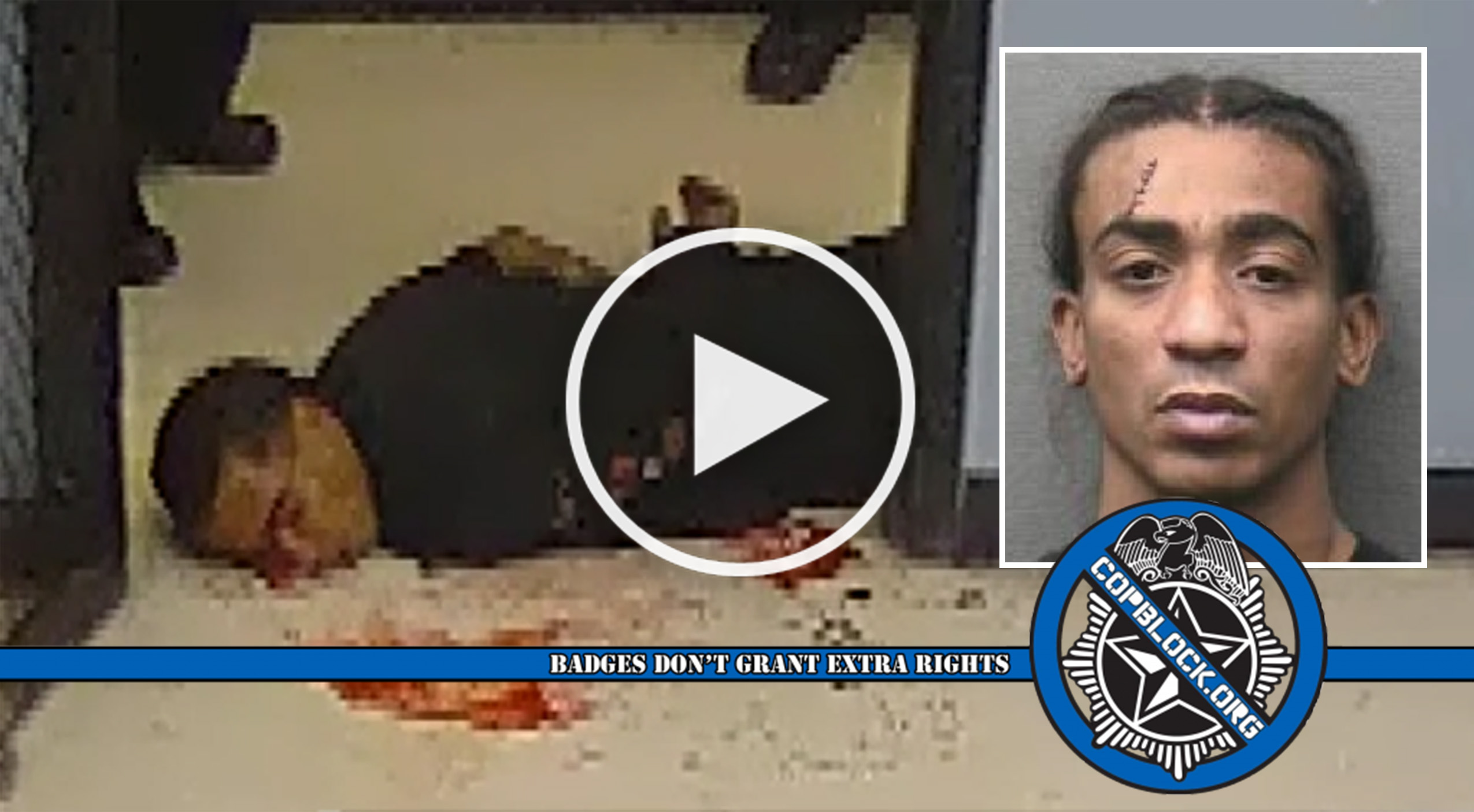 A lawsuit has now been filed after video released earlier this year showed a Texas man arrested for a DUI charge being shoved into a steel door at the Houston City Jail.

According to the lawsuit, Reuben Williams was booked in November 2014 prior to being led to a holding cell by Officer S. Corral, when the cop slammed his head into the cell door. The impact caused a gash that began bleeding profusely.

Surveillance video from inside the jail shows Corral then shove Williams against the wall of the cell and apply a neck hold from behind until Williams collapses onto the floor jerking wildly. He is then seen writhing on the floor in his own blood, smearing it with his face. During the entire episode Williams was defenseless with his hands cuffed behind his back.

The video shows someone eventually come to the cell in order to render medical treatment to Williams. The injury required stiches and left him with a permanent scare above his right eye.

Corral reportedly maintained that he was merely reacting to Williams spitting on him. The surveillance video from inside the jail shows no evidence of that however, and Williams’ attorney is now calling for body camera footage to be released.

“Although the video is disturbing, the ultimate question for the grand jury was whether, after looking at all the evidence, the officer’s conduct rose to the level of a crime,” Harris County District Attorney’s Office spokespeople said at the time.

“A diverse grand jury apparently concluded it did not. It should be noted that we reserve the right to represent a case to a grand jury if new evidence comes to light that would change the outcome of the proceeding.”

The lawsuit asserts that lack of charges are common place for police in Houston, alleges Fourth and 14th Amendment violations, assault and battery, and maintains Williams sustained “great physical pain and discomfort and at least anxiety, unconsciousness, dizziness, fear, anxiety, memory loss and depression” as a result of the incident.

“There have been 250 shootings in a row by HPD and there is no evidence of one single disciplinary action taken, or one single time that there has been an indictment by a grand jury,” Kallinen said.

“Now, the current mayor got the support of HPD in his election very early. The mayor needs to show people these body cam videos. They need to release videos and they need to discipline their officers.”

Williams, who reportedly remains in jail for charges related to the incident, is seeking an undisclosed amount of monetary damages for excessive force, mental anguish, and attorney’s fees as part of the lawsuit.