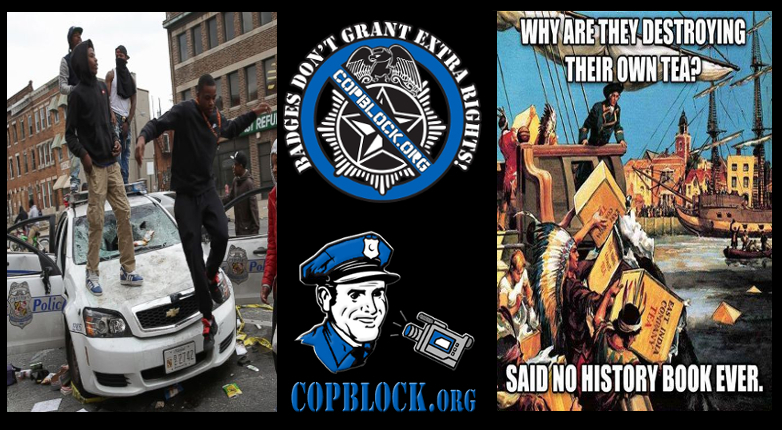 The following post was shared with the CopBlock Network by Patrick Picarsic, via the CopBlock,org Submissions Page. It consists of an editorial style statement regarding the tendency that many people, especially those on the right, have to dismiss those involved in the Black Lives Matter movement, as well as some of the criticisms that have been leveled at them.

While I think that any group or movement can and very much should be open to criticism, regardless of the nature or origins of that group, and there are, of course, valid critiques of BLM, personally I think Patrick makes some very good points and cites very good historical context to counter many of the less valid (and oftentimes knee-jerk) criticism the movement has received.

What Is The Problem That People Have With Black Lives Matter?

I guess I’m a sympathizer. YouTube is filled with police abusing their power. Blacks are subjected to this state-sanctioned violence, disproportionately. I view police as armed agents of the state who’s primary purpose is generating revenue. They prey on poorer communities, and those less capable of defending themselves, usually enforcing the immoral and obscenely destructive war on drugs, to feed the prison industrial complex. Rockefeller drug laws, overuse of militarized SWAT teams, asset forfeiture, weakening of constitutional protections against searches and seizures, incentivizing private prisons to farm out slave labor to for-profit companies…it goes on and on!!!

Police are the boots on the ground that make all this possible. As an anti-authoritarian, I think the government should fear the people, NOT the other way around. That’s the beauty and purpose of impassioned protests and the occasional riot. Destruction of property has led to many great things!!! Boston Tea Party…Berlin Wall…Bastille, etc. Liberty is more valuable than safety.

It baffles me how any good patriot could be offended by a group who has the audacity to point out the many instances of thuggish blue violence against vulnerable segments of our population. Law enforcement should leave the inner cities and converge on Wall Street, kicking the shit out of any suit that paid Hillary’s speaking fees to start. Eventually, Americans might smarten up, stop blaming the wrong people, fire up the guillotines in front of the Bull, and don’t stop the executions until the street is ankle deep with the blood of bankers and oligarchs…