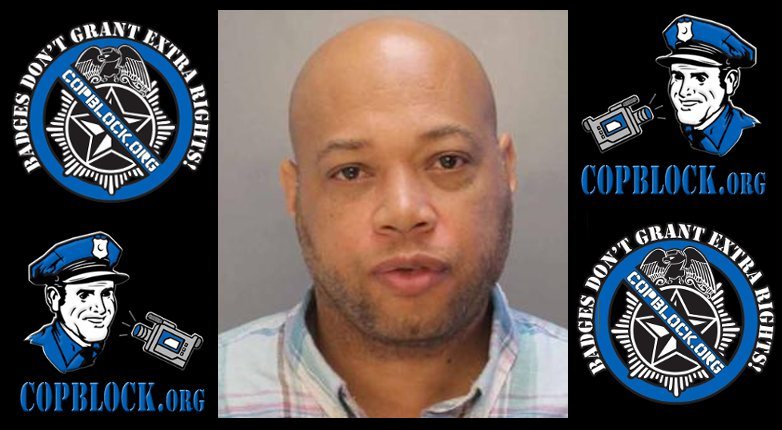 Officer Dorion Young has become the first Philadelphia cop to be charged in a shooting in over three years after he took old adage of “spare the rod, spoil the child” to a new level on Labor Day. After arguing with, then physical assaulting his 19 year-old son, Officer Young shot him twice in the back with a .40 caliber pistol as his son, Devine, tried to run away from him.

He’s been charged with attempted murder, aggravated assault, simple assault, possessing instruments of a crime, and unspecidfied “related offenses.” In addition, Young is on a thirty day suspension, which according to the Philadelphia Police Internal Affairs Division will eventually become a permanent (unpaid) vacation.

Via the Philadelphia Enquirer:

Young, a 25-year veteran of the Police Department, allegedly started an argument with his oldest son, Devine, over “perceived disrespect he felt about the use of the family car,” (District Attorney Seth) Williams said.

As the argument escalated, Young waved his personal .40-caliber pistol and shouted, “You my son, and you aren’t going to keep disrespecting me,” according to the District Attorney’s Office.

Young walked away from his son and called 911, but then went back, and broke down his son’s bedroom door and began fighting with him, Williams said.

The fight moved from the bedroom into the hallway, where Young ended up on his back as his son stepped over him and tried to get away by walking down the stairs, said Tariq El-Shabazz, deputy of the district attorney’s investigations division.

As the teenager walked down the stairs, his father sat up and, with his legs extended in front of him, fired two shots, El-Shabazz said.

One bullet went through Dorion Young’s own shoe, narrowly missing his foot. The other struck his son in the back, according to El-Shabazz.

The teen was taken to Aria Health-Torresdale Campus, where he initially was listed in critical condition.

Prosecutors said Devine Young lost his spleen and a part of his colon in the shooting. He also is “dealing with the psychological injury” of being shot by his own father, El-Shabazz said.

“While this is a terrible tragedy, there is no excuse for what happened that day, and Dorion Young will be held responsible for having shot his son,” Williams said.

While acknowledging the “difficulties of raising a son,” Tariq El-Shabazz, the deputy district attorney who investigated the case, didn’t accept Young’s excuse that the gun just happened to go off while they were fighting, citing other undisclosed evidence which contradicted that assertion.

No doubt in the 25 years he spent on the Philadelphia Police Department he has never had “difficulties” dealing with someone not related to him being disrespectful toward him.