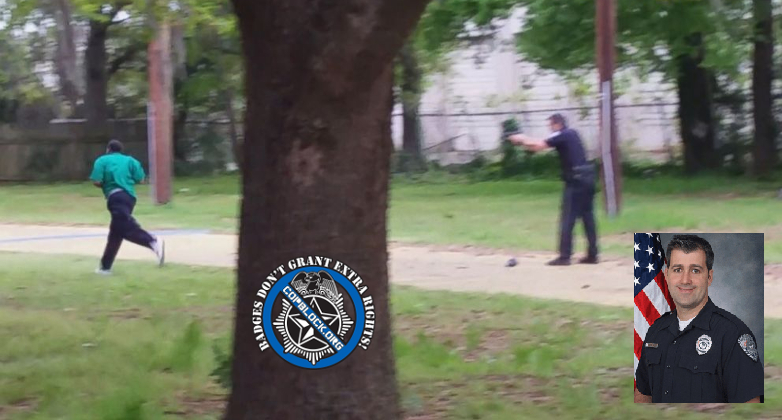 Yesterday, I posted about the fact that the murder trial of Officer Michael Slager had been turned over to the jury for deliberation on a verdict. Within that post, I discussed whether Slager would get away with the murder altogether or be given a light sentence via the lesser manslaughter charge.

My bet has been on him walking free via a hung jury, since in order to do so he only needs to have one of the 12 jurors be a cop apologist that refuses to find him guilty. The chances of that happening, regardless of his actual guilt are pretty good and history has born that out in previous trials of police.

Earlier this afternoon, the first signs that he has hit that (rigged) lottery began to be reported. One singular juror has indicated that he is unwilling to convict Slager in spite of the video that very clearly depicts him shooting Walter Scott in the back five times as he runs away from the North Charleston Police Officer.

A lone juror said they cannot convict a white former police officer who fatally shot a black man in South Carolina, and the judge asked for clarification from the foreperson as to whether the jury is hopelessly deadlocked.

The juror in a letter to the court said “I cannot in good conscience consider a guilty verdict” against Michael Slager, a former patrolman who pulled over Walter Scott in North Charleston, and ended up shooting him as a bystander recorded the incident on video.

The jury foreperson said in a separate note to the court that it was only one juror who was “having issues,” Circuit Judge Clifton Newman said. The juror opposed to conviction said in the letter, “I cannot and will not change my mind,” Newman said.

Slager was charged with murder in Scott’s killing, although the jury was allowed to consider a lesser charge of manslaughter in addition to murder. Slager’s attorneys requested a mistrial.

The wording is interesting in the two highlighted statements. Note that he doesn’t say, “I don’t believe he is guilty” or “I can’t be convinced of his guilt.” In essence, he says, “I refuse to find him guilty.” And that’s the reality of the situation (and the many, many situations that preceded it). It’s not that they don’t understand they are guilty, they just refuse to render that verdict.

They’ll likely go through the motions for a bit longer before that request for a mistrial is granted. They may even decide to stage another trial to stave off the inevitable riots and protests for a while longer. However, they can only kick that can down the road so far. Michael Slager will walk and he’ll do it with a smirk on his face while discussing in interviews how difficult all of this was for him. Then he’ll file for back-pay and/or reinstatement to the police force through his union. And he’ll win since he wasn’t convicted.