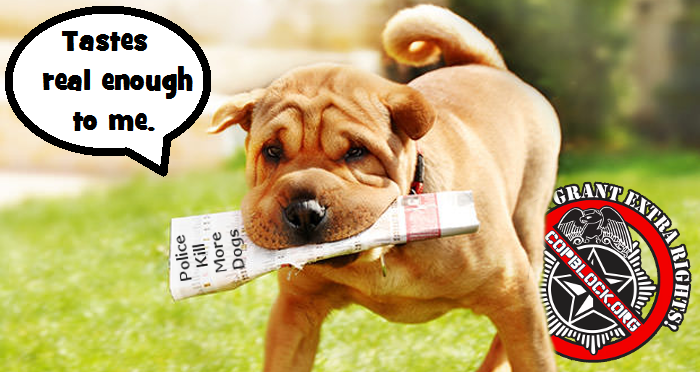 The recent hub bub around the “Fake News” phenomena has highlighted the lazy intellectual habits of the American public.

“Don’t believe everything you read.”

I was given this sage advice pretty young, as I think just about every one of us was. The same applied to television and other media. We were not taught this as a way of pointing out unscrupulous sources, but as reminder to always engage our critical thinking whenever approaching any information.

Unfortunately, this wisdom seems to be largely lost on us these days.

Today we want fast food information. Bite size McNews that we can swallow and move on to the next product. Our fast paced consumerist culture discourages the sort of attention span and discipline that critical thinking requires.

So we form expectations and entitlements that all news is supposed to be objectively true, extremely recent and and can be canonized in our intellect and memory. We have a right to be safe from news that doesn’t tell us the right things to think, damnit!

Not all news is supposed to inform of current events. For centuries the news has included satire, propaganda, counter propaganda and all sorts of other types of information. Sifting through that and coming to your own conclusions after supplementing with your own research was the point. There is something to be learned from everything, even if it is not literally true.

The “Fake News” phenomena has pointed out all of the worst aspects of America’s anti-intellectual climate. It is fueled by naive literalism, reductionism, entitlement and the apathetic laziness born of mindless consumerism.

Meanwhile the mainstream news lies, makes shit up and reports idiotic nonsense every day. If you follow my stuff at DankSpace.com you will have seen me call the mainstream media out on their shoddy ‘objective journalism’ several times. On any given day I can find a “real news” story that is full of shit in just a few minutes online.

There is no objective journalism, folks. We are human beings. We have agendas and our own ideas and we make make errors. So-called objective journalism is actually the worst, because it wants you to mindlessly consume its information without thinking critically. Its business model depends on it. It is not “fake news” misinforming people that is the problem, but “real news” conditioning people to trust their style of information beyond question.

It is not the information, but what you do with it. Give a clever gal a lemon and she will make lemonade. Give an intellectually lazy dude a lemon and some of it will probably end up in his eye. And there are way too many of you out there giving real lemony looks right now. Time to get your shit together, folks. The Idiocracy looms.

“If someone puts pen to paper, or speaks into a microphone, or opens up the evening news, they are biased. Everyone is biased but especially those who have things to say about something. There is NO news source who isn’t biased. If you think you’re receiving objective, unbiased journalism, you’re already doomed. If they pretend to be unbiased, they are the shadiest of them all. A well known biased source can at least be trusted to start true to their biases. You at least know where they are coming from on any given topic. Those sources which feign to be objective and unbiased are the ones you should watch out for most. You don’t know what shenanigans they’re actually up to.”
-Evan Wiseman