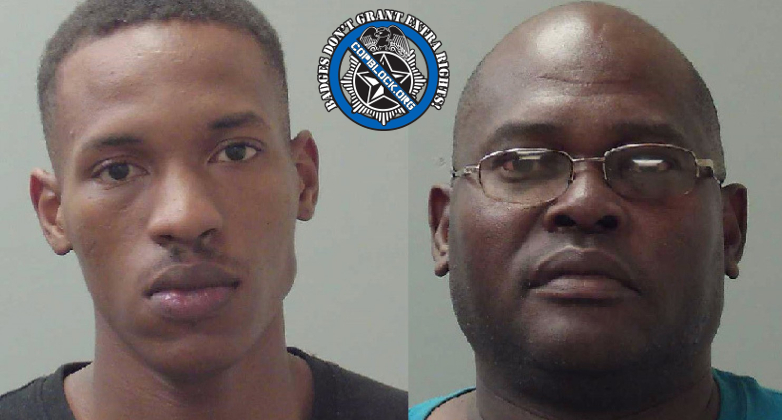 Kenneth Fennell White, 49, and Terry Brown, 23,  were arrested after the Madison County Sheriff’s Department opened an investigation into why there were so many black people with firearms in one residence. They also served a search warrant during which they seized guns and drugs.

Fennel was charged with possession of cannabis and being a felon in possession of a firearm. Both are victimless crimes and being a felon is really of no consequence when you consider the average American commits three felonies a day, without even realizing it. Brown was charged with loitering and drug paraphernalia, but when the police found cannabis on him at the police station, they tacked on a promoting prison paraphernalia charge. All three charges are void of a victim and the trumped up nature is blatantly obvious.

The police investigation is still ongoing.

It’s no secret that mishandling firearms can be dangerous and one could argue that this is a violation of firearm safety, after all you’re not supposed to point a weapon at something you aren’t prepared to shoot. So staging a gun battle to participate in the latest social media trend is not the the smartest or most responsible idea and definitely not the safest.

However, their production did not lead to any negligent discharges or real gun fights breaking out and no crime had been committed. So one has to wonder why the police are investigating these individuals for a reason other than they are uncomfortable with black people openly displaying firearms.

After all, Philandro Castro was shot while in possession of a legally concealed firearm that he declared to the officer who pulled his girlfriend over for a broken taillight.

Do you think that these 22 people should be under investigation for making a YouTube video, or are the police over stepping their authority with this investigation into a social media trend?