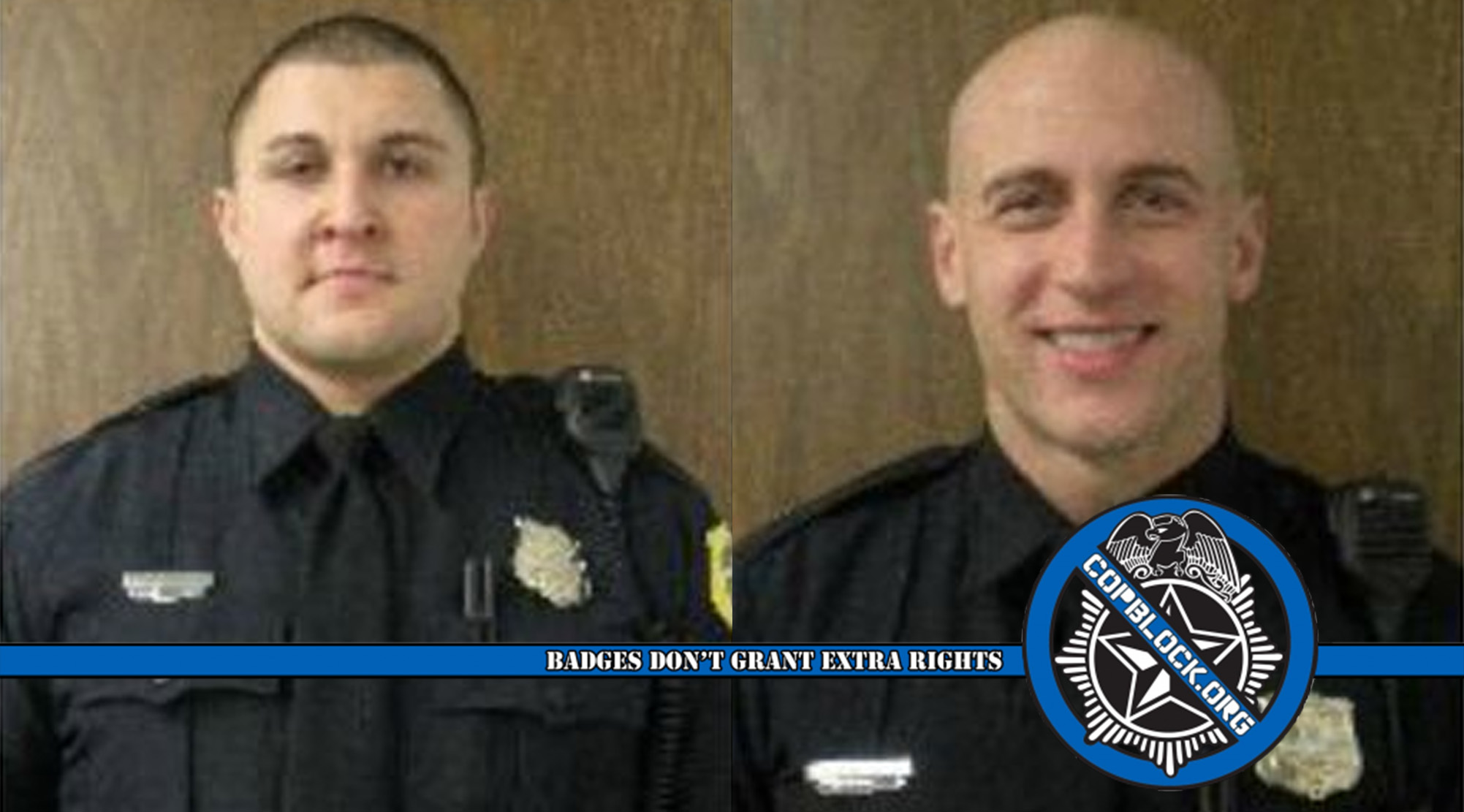 Hundreds of investigations are now under review following the resignation of two Iowa police officers amid accusations that they planted evidence.

According to Des Moines police officials, it is believed that Senior Officers Joshua Judge and Tyson Teut planted drugs on a suspect during a January 2015 case that was then passed on to other investigators. The suspect would ultimately be arrested.

It is not currently clear what the outcome of the case was, but police Sgt. Paul Parizek said at a news conference on Tuesday that the department was only informed about the incident in question on Friday as the result of a “complaint.” He did not specify who filed it.

Judge and Teut reportedly resigned on Monday. The accusation could eventually lead to criminal charges and an internal investigation has already been launched – which will now be tasked with examining hundreds of cases worked on by both of the cops dating back to August 2013 when they each joined the department.

“This is going to be a long, very extensive internal investigation. It’s going to be very thorough,” Parizek said at the news conference. “This is the outlier. This is not how our organization is. This is not representative of who we are.”

Parizek added that no other officers have been accused of wrongdoing as a result of the allegation, and stipulated that the department will keep the Polk County Attorney’s Office updated as the investigation moves forward.

Some are calling for more stringent measures however – like a Dept. of Justice and FBI probe – and say that the outcome of the investigation will have extensive implications for Des Moines. These might even include overturning the convictions of violent criminals who have been prosecuted based on the work of Judge and Teut.

It is not clear what prior disciplinary history, if any, the two cops have with the police department. Both collected a salary of $73,132 when they resigned. In addition to being a cop, Judge served (and still currently serves) as a tech sergeant in a security forces squadron in the Iowa Air National Guard.

A spokesperson for the Guard said that no action against Judge will be taken until the outcome of the police investigation. Along with criminal charges, both cops also face law enforcement decertification, which would prevent them from working elsewhere in Iowa as police officers.

At Tuesday’s news conference, Parizek asserted that “people know they can trust us,” and maintained that if the department probe reveals any policy that might have helped facilitate the officers’ behavior, it will be reviewed and addressed.