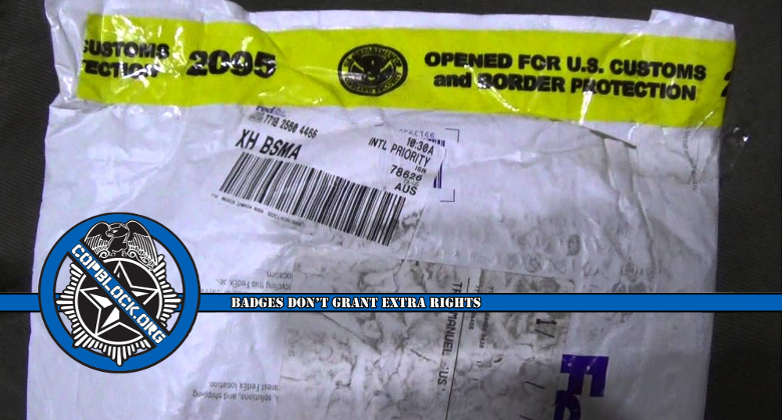 Carlos Canjura, a U.S. Customs and Border Protection officer at the International Mail Facility in Torrance, California, was convicted of nine counts related to a mail theft ring he had set up. Canjura’s  job consisted of inspecting incoming mail from outside the country for contraband, counterfeit goods, and possible fraudulent financial checks or credit cards. Instead, he used that access to steal checks and money orders from the mail. He then had accomplices launder the money by depositing them using forged signatures.

He was initially arrested on suspicion of stealing three checks totaling $15,000. However, during the ensuing investigation it was determined that he had actually stolen more than a hundred checks with a cumulative value exceeding $65,000. He was convicted on all charges, which included multiple counts each of conspiracy to commit bank fraud, bank fraud, and possession of stolen mail.

Via a U.S. Department of Justice press release:

During the three-day trial, federal prosecutors proved that the defendant stole personal checks, traveler’s checks and money orders from international mail. Canjura then informed his co-conspirator about the stolen checks using messages with coded language like “centurions,” “troops,” “projects” and “cases” to refer to the checks. Canjura gave the stolen checks to his co-conspirator, who fraudulently endorsed the checks or altered them before depositing the checks at ATMs or through mobile phone applications. Canjura stole well over 100 checks with a cumulative value of at least $65,000.

“The public is entitled to use the mail system without fear that officials charged with safeguarding the mail are abusing it for their own benefit,” said United States Attorney Eileen M. Decker. “This defendant not only abused his position as a federal officer by stealing international mail, he also used the stolen mail in an elaborate scheme to defraud banks. In so doing, he violated the public trust he swore to serve.”

Canjura is scheduled to be sentenced on March 6 by United States District Judge Beverly Reid O’Connell. At sentencing, Canjura will face a statutory maximum sentence of 145 years.

That does sound like quite the elaborate code. Incidentally, I wouldn’t hold your breath waiting for him to be sentenced to 145 years. My money’s on a really hurtful period of probation and a very sore wrist.