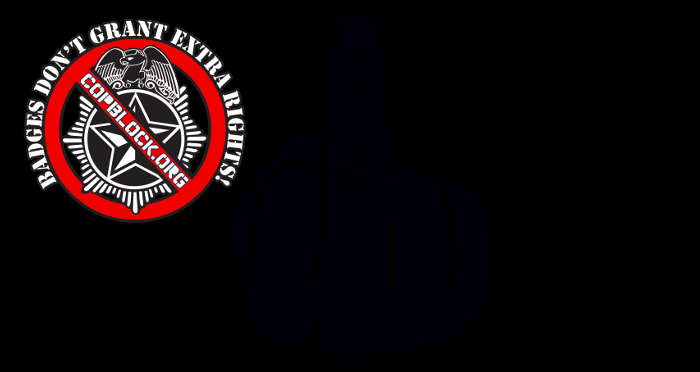 The evolution from police accountability advocate to abolitionist is the only logical conclusion to come to for those who study the issues thoroughly.

When I pointed out yesterday, yet once again, why I no longer ascribe to the accountability model of police criticism I received one response over and over. ”

“Well you used to be about accountability so now you are a liar!”

Change over time is part of our reality. It is a blessing that even though our lives are so relatively short, within them we are allowed to grow and evolve and strive to become something more than what we once were. That is what all the best people do.

All of the worst people tend to remain frozen in the same mindset and beliefs they had when they walked out of their high school for the last time. The dumbest, cruelest and most hopeless people are those who set themselves in stone and refuse to adapt to new information and environments. That is the whole authoritarian mindset right there.

“This is the thing. It is the only thing and it will always be the thing. I shall be obedient to my view of the thing from right here and now and judge everyone else against my own singular, narrow perception of the thing.”

That is not loyalty, that is lunacy. It is not consistency, it is conditioned reflex. It hurts my whole being that I even have to explain this to anybody.

Cop Block itself isn’t even a thing. It is a loose association bound by a few shared ideas and a website that feeds into social media. People come and go. How could it not change and evolve as that happens? This would be like expecting a football team to use the same plays as it did 20 years ago with all different players and staff. It is a foolish expectation which demands dormancy in a world where change is the norm.

I was an abolitionist before I joined Cop Block. When I first started I decided that maybe if I gave the accountability message a go I could at least get people to see the things that were happening so that they would eventually themselves see why abolition was the only sound route.

However, last fall I began to see that I was not pushing people towards abolition, but towards supporting the institution of policing. The two actually go hand in hand. Police will claim to be about police accountability. The biggest supporters of police will say they believe in accountability. But what happens when there is something to be accounted for is a litany of excuses, misdirection and outright lies. The majority of people who claim they are for police accountability actually are not. At all.

The juror who decided to remain vigilant in his support for killer cop Michael Slager told the press that he could not convict “in good conscience”. He didn’t believe Slager was innocent. He just did not want to contribute to the growing amount of evidence against policing by actually holding one accountable.

Those who actually do want reform and accountability are naive and under-informed.

When I saw that I was siding with the message of police supporters and the misguided, there really seemed no choice but to change my message. I could clearly see that the accountability narrative was ineffective and contributed to the police state by taming the criticism of policing into an empty threat of vengeance.

And since from the beginning I did not support the laws or the punishments or any other aspect of our “justice” system, holding police accountable just meant subjecting them to things I rejected, which was hypocritical.

I evolved from the narrative of accountability to abolition to be more consistent, as well as more reasonable and effective. We should all be so lucky as to catch our own errors and correct them. That is far preferable than to remain stupid, hypocritical and ineffective forever just so that you don’t have to admit you are wrong or deal with the consequences.

And now I am dealing with the consequences of having ever promoted accountability by having to listen to swarms of dumbasses attack me for doing the rational thing.

The Cop Block audience has become filled with some of the stupidest, most hateful people out there. At this point I could really give a fuck less if there was a mass exodus of morons from our Facebook page. I would rather deal with a reasonable audience 1/10th the size than be pouring my heart out through my efforts and have it wasted on combative, reactionary lifelong high schoolers who either just comment based on the headline or skim and shout without trying to actually comprehend and understand.

I am going to continue evolving as will Cop Block, even after I am someday no longer part of it. That is just the nature of things. If you have refused evolution just smile and wave as you get left behind. You are obsolete. Your stupid ideas will die with you as the world and I evolve for the better. You will not be missed.

For those of you who have and will continue to evolve with us – we are grateful for your support and encouragement and bravery to grow alongside of us. I hope among you there are a few scouts who have been sent ahead that can come back and report the next generation of new ideas to us, or to takeover when those of us currently on the stage just can’t dance this dance any longer.