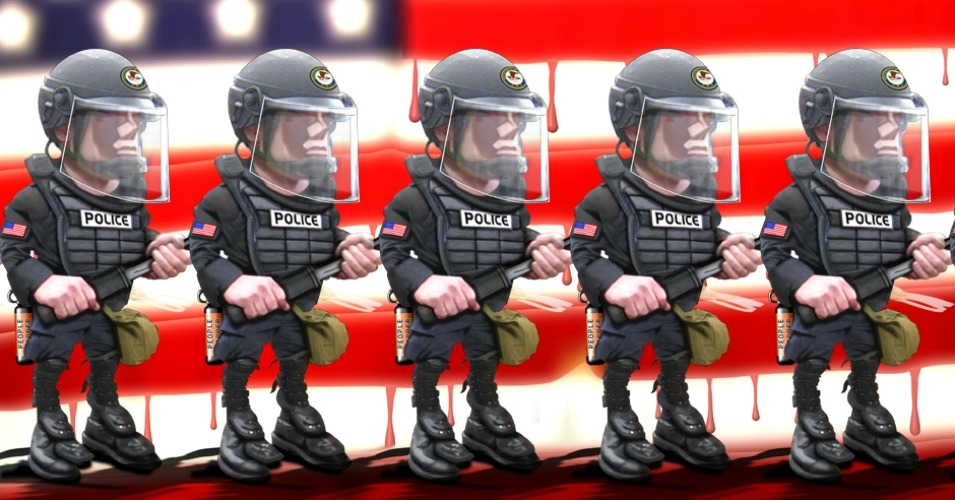 Why might a person harm another without feeling culpable? It’s a question that theologians and philosophers have grappled with for centuries. And certainly, it’s a question those of us working to thwart the “legalized” brutality of police have pondered at length.

You’re probably familiar with the Milgram experiment conducted in the early 1960’s at Yale by Stanley Milgram, which found that the majority of people, when being instructed by a nearby “authority figure”, subjected a stranger to harm. (Though the harm administered by the “teacher” — an ever-increasing electrical shock for inaccurately communicated word-pairs — was actually never received by the “learner” the teacher was led to believe otherwise. The learner — a cohort of Milgram — was an actor, and pled with the teacher to stop, noted their heart condition, and eventually went quiet.) The purpose of the study was not — as was told to the teacher — to see how the learner would perform when stressed, but to gauge the obedience of the teacher.

For a more thorough overview of the protocol of the study see this video by StormCloudsGathering:

At the conclusion of the study Milgram noted,

“A substantial proportion of people do what they are told to do, irrespective of the content of the act and without limitations of conscience, so long as they perceive that the command comes from a legitimate authority.”

Milgram dubbed this an “adjustment of thought.”

Is this so-called adjustment of thought pervasive throughout policing? Does this mental trickery allow police employees to, on one hand, tell themselves that they’re helping those in their community while on the other hand, acting aggressively toward peaceful people? To, in essence, not even notice their own cogitative dissonance?

“It may be that we are puppets — puppets controlled by the strings of society. But at least we are puppets with perception, with awareness. And perhaps our awareness is the first step to our liberation.”

While I am hesitant to liken us each to puppets, it is certain that our society and culture influences who we are and our actions. And that’s likely even more true for police employees — whose own self-identity is so intrinsically tied to maintaining that static view of society and its current power structure.

So what can you do?

You can choose whom you dub as an authority. You can trust yourself.

Recall what Milgram said — a substantial proportion of people do what they’re told when the command comes from someone they perceive as legitimate authority. Though you may gripe about police employee misdeeds, if you’re using their vernacular — referring to them as “authorities” — you’re buying into their charade and making it easier for individual aggressors to belie their sense of responsibility. Strangers are not “legitimate” authorities simply because they claim to be so. Authority is something that you can choose to grant or not grant at your own discretion to those who earn it.

So, while it’s just to place responsibility squarely at the feet of the actor — the police employee who needlessly beat or killed someone — unless the top-down structure of arbitrary authority is dismantled one mind at a time, we will forever be playing a game of cat-and-mouse. Clamoring for accountability from those who “legally” brutalize our community, while at the same time refusing to cast aside the very thing — the mindset — that bestows authority to criminals.