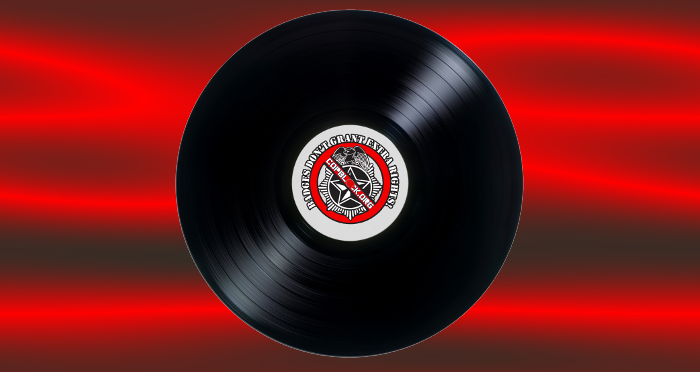 One of the many experiments planned for 2017 is Cop Block Records, a record label aimed at promoting music from all genres against policing.

As our evolving message begins to take more of a hard-lined stance against the institution of policing itself, I believe it is critical to use many methods of spreading the word. Music has the power to educate and inform and inspire and reach us in ways that simply relating current events or critical analysis of policing cannot.

Since the Cop Block Network is all about supporting the talents of others while working together against the police state, it seems a natural move to use our promotional abilities to help unsigned bands get their music heard. So if you or somebody you know makes music, of any kind, we have devised a way to help one another.

I will be taking submissions of songs that are critical of policing in the lyrics. Specifically I am hoping to inspire musicians to write music about abolishing the police. As I have previously mentioned, accountability is futile and reform is a naive pipe dream used to tame the narrative of oppression. So when you write those lyrics don’t beg the bastards for a kinder whip, tell them to fuck their badge.

And while the discussion of policing does incorporate issues of race, gender, etc. – the point is not who the police are the worst to, but that an organization that operates like that is allowed to exist at all. Recognizing the danger the police pose to all people, especially the lower classes, is a far more productive way to get your point across. While there is a place for raw anger directed over those specific issues in music and the policing discussion, Cop Block Records aim will be to promote music whose message is for all past, present and future victims of the police state. Not to mention that it will get more attention for you and your music to be as inclusive as possible in your lyrics to the largest number of people.

Suggestions of violence against police or anyone else are also unacceptable.

I am working out the details still, but here is the plan so far.

In the future we might sign bands for full album contracts, but to get started, we just want your single songs. That doesn’t mean you cannot contribute more than one song. So long as it fits the lyrical requirements noted above you may send multiple songs to us.

You copyright your music. At no point will we ever want to own the rights to any of your music, just the rights to promote and sell it. Before we can make any agreements the music must be documented as specifically belonging to you, as you cannot give usage rights to us otherwise. This means that you will have to clear any cover songs or samples with their original publisher prior to solicitation to Cop Block Records.

We will sell digital copies of your music through iTunes and potentially other sellers via the Cop Block Store. We will promote them through social media, articles at the website and in Cop Block media like videos and radio, as well as in possible future mediums like podcasts. You will get a flat percentage rate for the sale of each song, details I have not worked out yet.

When we have enough songs we will release compilation albums and attempt to get a distribution deal to get your music into record stores across the country and beyond. We will similarly pay you a percentage of those sales, details that will also come later.

This idea has a lot of potential, but until we get started and know what we are dealing with, this is about all I can tell you.

In the meantime, share this with your police critical musician friends. Get those songs written, recorded and copyrighted then submit a link to the song online – along with the lyrics – to us at the CopBlock.org Submit Tab with the Title “Song Submission – (song name)” Once we decide if your song is right for this project I will get back to you with more details.