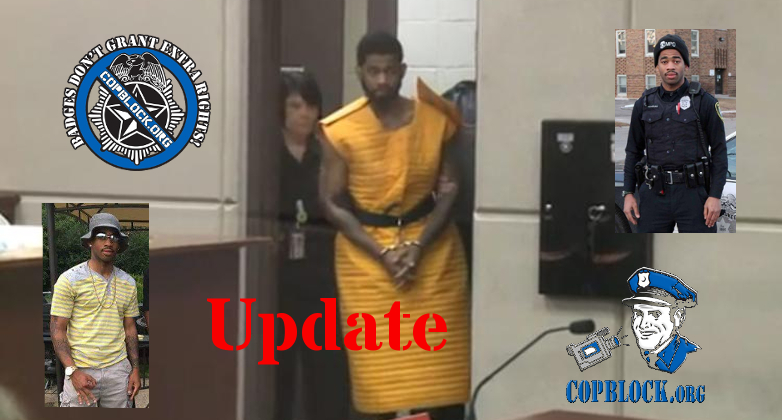 Earlier today, charges of first-degree reckless homicide were filed against Dominique Heaggan-Brown for the shooting Syville Smith in August. Heaggan-Brown, who had earlier professed his desire to “start a riot like it’s Baltimore,” got his wish when Milwaukee erupted into riots after the murder of Smith. As I wrote about in October, Officer Heaggan-Brown also bragged that he could “do anything without repercussions” during a night in which he drugged and raped another man.

Unfortunately for him, he soon found that that expectation didn’t quite match-up to reality. He was arrested and charged with sexual assault for that attack, as well as another previous attack against a different man back in July. Those charges also included some prostitution related charges. Heaggan- Brown was fired from the Milwaukee Police Department as a result of those charges on October 31st.

The charges that filed today for the shooting of Smith make it very clear that not only was Heaggan-Brown unjustified in his action, but that they constituted an outright murder. The details that were released make it clear that Sylville was executed that day while unarmed and in no way representing a threat to Officer Heaggan-Brown or any other officer at the time that he was shot.

Via the New York Times:

Police officials have said that Mr. Smith was carrying a stolen handgun with a large-capacity magazine, and that he pointed it at the officer before the officer fired. But the criminal complaint filed on Thursday gives a somewhat different picture, based on video recorded by body cameras worn by Officer Heaggan-Brown and his partner. That video has not been made public.

In the video, Mr. Smith “turns his head and upper body towards the officers,” according to an investigator’s affidavit cited in the complaint. “He then raises the gun upward while looking in the direction of the officers and throws the gun over the fence into the yard.”

Mr. Smith was hit in the chest.

There’s nothing ambiguous about that description. What you’re reading in those quotes is a description of a gangland execution. While it’s never a great idea to raise your hand with a gun (or anything else) in it toward a bunch of scared, trigger happy cops, Smith clearly made an effort not only to get rid of the gun he had on him, but to make sure those cops knew he had gotten rid of it.

Regardless of his prior intentions, after Smith was already disarmed, shot once, and lying on the ground, Officer Dominique Heaggan-Brown stood over him and shot him in the chest. There’s no way to sugarcoat that or pretend it was an accident. Officer Heaggan-Brown committed a murder that day, plain and simple. And it’s very much obvious now why the police didn’t want to release that body camera video to an already outraged and angry public.

Meanwhile, even though the charge of first-degree reckless homicide carries a potential sixty year sentence (don’t hold your breath), Officer Heaggan-Brown should be charged with the crime he committed, which was murder.