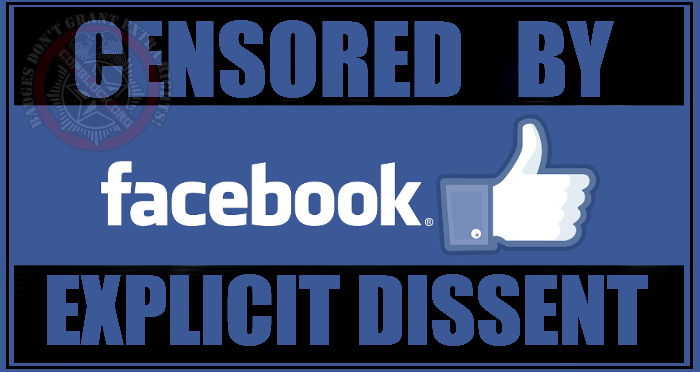 This past week it was announced that Facebook will begin a new algorithmic practice of sharing less content that it has labeled “fake news” as well as issuing it with “warnings” – but the real motivations are likely far more sinister.

In case you missed it I already discussed why there is no such thing as “fake news” and why the mainstream media, experts, official and authorities are using that label to dismiss any dissenting opinions & methods of information dissemination.

Now Facebook is getting in on the lie and will be using it to adjust what content appears in your news feed and to tell you what to think about information before you even get a chance to read it and think about it critically for yourself and do your own research.

Regardless of what Facebook wants you to believe, this is not an attempt to validate factual information. It is an attempt to censor information that does not confirm the biases agreed upon by mainstream media and the authorities. It is a way of canonizing the “truths” that create consent for the agendas of the ruling class, who also happen to own the mainstream media, including Facebook itself.

One of the most outrageous aspects of the new censorship plan Facebook has announced is that it will be using Snopes.com to verify information in content that appears on it’s social media site. Snopes is fake debunking. It is a number of thinly veiled agendas and ideologies which filters information to support its own biases. Its biases always run towards the authoritarian. They take as absolute truths things like the necessity of authority, objectivism, and a number of metaphysical dogmas like physicalism without ever questioning the basis of those premises. All of the “truth” they produce is merely a criticism of something relative to their own narrow belief systems. Snopes want you to believe that the objective method produces objective results, and that those are the only kind of meaningful truths, without even bothering to use the method properly themselves.

The entire “fake news” narrative is an attempt to invalidate informational formats that are not current events relayed without personal experience or individual perspective by “professionals” that all looks the same. It is Mad Libs with facts, where the facts are stacked in order to achieve specific agenda-driven narratives. They are trying to tell you what to think and why, instead of encouraging you to think for yourselves.

And they are also trying to invalidate perfectly valid attempts at counter-propaganda like satire, misinformational deprogramming and dissent for their very attempts at narrowing the scope of condoned formats. Whereas they themselves use the same kind of propaganda but hide it in their ruse of “real news” formatting.

Facebook will undoubtedly be using this to snuff out dissent, and there is little doubt that Cop Block will get caught in its traps for refusing to join mainstream media in relating the “official story” from “experts and authorities”. And if you read this website, chances are there are others you read and hope to see in your news feed that will be banished to the “fake news” pile as well.

Your choices are to stick around and fall for the “fake news” scare and consent to censorship, to battle the censorship by interacting more (opening article, reacting [like, etc.], commenting and sharing) with dissenting information on Facebook in order to counter-program algorithmic functions, or to abandon this increasingly hostile and oppressive social media enterprise altogether.

Facebook has made it pretty clear whose bidding they are doing and it isn’t yours or mine. If you just ignore the issue you are as good as supporting it. Fight back and fuck up their shit or abandon it.

Cop Block will hold out as long as possible, but there is a very real chance that our efforts on Facebook will soon (or someday soon) be pointless – unless you guys got our backs or things change, and the latter will probably only ever happen for the worse.

The best thing you can do is to make a point of visiting your favorite information sources and websites directly each day, instead of waiting for their content to appear on Facebook. Be the curator of your own information consumption, and don’t wait for the compromised mainstream media and social media to spoonfeed you what they want you to think.

Your best bet is always to take the two most dogmatically accepted opposing view points and disregard them. Then start with the third voice and work your way as far as you can go down the rabbit hole of perception. What you will start to find is that you have been lied to about almost everything for your entire lives and that no information is to be trusted entirely.

Putting an official gold stamp on what is to be considered trustworthy is the most effective possible method of making people believe your lies. So look for that censored content and reject the crap they tell you that you should believe.

“To learn who rules over you, simply find out who you are not allowed to criticise.” -Voltaire