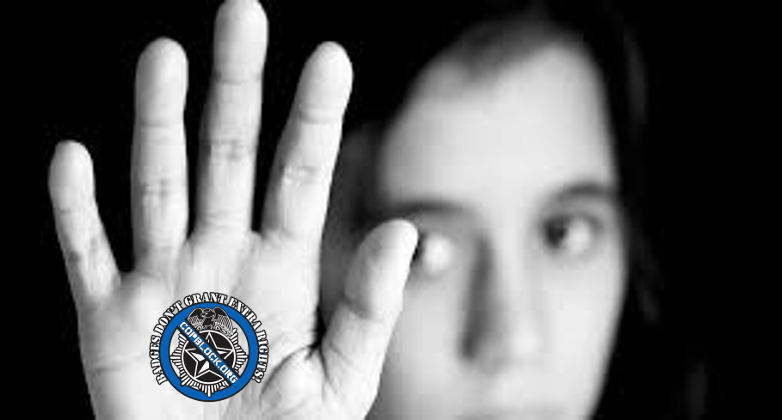 A Canadian Mountie and his wife have been convicted of several abuse charges including sexual assault against the officer’s son. After running away, the RCMP officer’s son was found with severe signs of having been starved and physically abused by an Ottawa Police Constable. That constable, Cindy Cybulski, initially was planning to return the son to his father and step mother until the father began talking about how difficult it was to raise a child and how he had to resort to tying up and beating the 11 year old.

That prompted her to go and look at the boy, who earlier had collapsed while walking with a neighbor who was trying to take him back to the father’s house. In addition to visible signs of current physical abuse, the boy had scars indicating he had been locked up with chains on his wrists and ankles. He was also so malnourished that Const. Cybulski compared his condition that of someone from a concentration camp movie.

“It was like a concentration-camp movie. His chest was just bones — you could see every rib,” Cybulski said.

The boy also had gouges on his wrists and ankles from his chains.

The constable wept on the stand, saying “and a minute earlier I just wanted to give him back to his dad.”

When the boy finally escaped from his family’s darkened Kanata basement — its windows were covered — he’d endured at least six months of starvation and torture. Weighing only 50 pounds, the boy was first seen trudging through knee-deep snow in backyards in search of water. One neighbour spotted him trying to draw water from his garden tap so he slid open the back patio door and filled up the starving kid’s water bottle and sent him on his way. That neighbour said the boy looked like a ghost.

The boy later showed up at another neighbour’s front door around suppertime looking to speak to her son. She told court that she hadn’t seen the boy in a year and a half.

He used to be “chubby, happy and full of energy,” she said. “He was completely changed. I couldn’t recognize him.”

The boy appeared nervous, she said, and fumbled for change from his pocket, offering it while asking if he could stay at her home for the night.

She started walking the boy back to his own home, but when the boy complained of back pain, her husband called the police.

That’s when Const. Cybulski showed up, and after coming sliver-close to reuniting the starving boy with his abusive father, she took an extra minute and spared a young boy from more torture down in a darkened Kanata basement.

I’ll give some credit to Const. Cybulski for eventually doing the right thing and arresting this Mountie and not go to far into criticizing her investigative skills by pointing out that she probably should have (and if it was any non-Hero would have) looked the kid over for a minute before the father gave her his heartbreaking story about how hard it was for him to raise a “problem child” without beating, chaining up, and sexually abusing him.

Of course, police are pretty well known for the enthusiasm with which they adhere to the old adage of “spare the rod, spoil the child.” In fact, the families of cops are at least four times as likely to be abused.