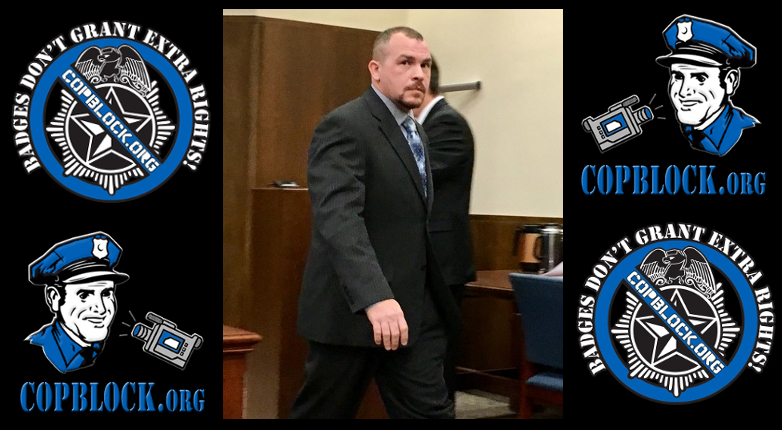 On Thursday, a Montgomery County Sheriff’s deputy pled guilty to stealing almost $100,000 from the police union he once served as treasurer for. Not surprisingly, Deputy Joseph P. Caito III has a long history of financial issues and at least one questionable lawsuit based on those issues. In addition to the money Caito admitted to stealing, at least another $20,000 is also unaccounted for.

Via the Dayton Daily News:

Caito, who pleaded guilty by bill of information for the fourth-degree felony, was ordered to pay restitution of $92,148.21 to the lodge, had his K-9 reassigned within the sheriff’s office and must permanently surrender his Ohio peace officer certification.

The plea agreement had no stipulated sentence. Caito could receive probation up to five years, local jail time of up to 180 days or a prison term of between six and 18 months, plus a possible fine of up to $5,000.

During the hearing, Barrentine said Caito’s thefts from the union lodge came between Sept. 10, 2014, and Aug. 26, 2016, when officials found “discrepancies in the books” at the lodge.

Caito had been placed on paid administrative leave pending a criminal and internal investigation. Caito resigned Dec. 12, according to Sheriff Phil Plummer.

Plummer said in September that Caito admitted to lodge membership he stole $26,000 and “is in the process of admitting his fault” for alleged actions over the past two years.

Caito started working for the sheriff’s office in 2006. Plummer said the FOP is actually missing $110,500. Plummer said an internal investigation won’t begin until after the criminal case is finished.

A personnel letter dated Sept. 9 stated that Caito “may have violated Sheriff’s Office Professional Rules of Conduct.” Caito earned a gross pay of $86,518 in 2015, according to the Dayton Daily News I-Team Payroll Project.

In October 2006, shortly after joining the sheriff’s office, Caito sued Fifth Third Bank in U.S. District Court, complaining the Cincinnati-based bank was “reporting erroneous information” about his finances to credit bureaus. The bank denied the accusations. The case, during which Caito represented himself, was referred to a magistrate and dismissed with prejudice.

In December 2011, Caito and his wife filed for Chapter 7 bankruptcy, during which Caito surrendered to creditors an inoperable 1967 Pontiac Firebird and a 2010 Dodge Charger SXT. U.S. Bankruptcy Court records show the couple emerged from Chapter 7 in April 2013.

Deputy Caito is the third cop that’s been featured on the CopBlock Network for stealing police union funds within the recent past. Of course, stealing union dues was an old standby of the Sicilian mafia, so it probably shouldn’t be surprising that the Thin Blue Mob has taken a cue from that.

BTW: “Caito could receive probation up to five years, local jail time of up to 180 days or a prison term of between six and 18 months…” Wanna bet on which one of those options he gets?