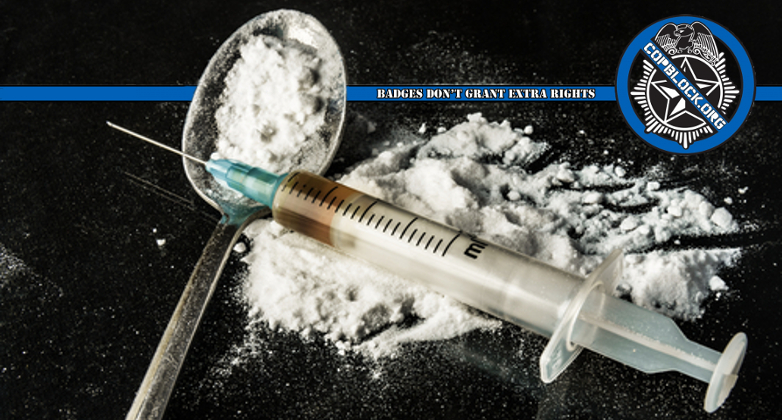 The holidays rewarded residents of a Kentucky town with good news for its addicts. Months ago, the Alexandria Police Department initiated an Angel Program, first tested in Massachusetts. On the new year’s cusp, Alexandria P welcomed new volunteers alongside their first patient.

According to Cincinati.com, 11 volunteers and one patient are already included in Alexandria’s year old initiative. Before you think that’s slow progress, consider similar trends occurred when Gloucester PD first piloted the program. Most addicts, especially those on the street, just don’t trust police. Trust is instead a resource earned, not provided unconditionally.

Each department nationwide utilizes slightly differing variations of the Angel Program. Generally speaking, it gives addicts the opportunity to seek help through police. Users may surrender to drug treatment at any station, and even turn in their stash. No possession charges are issued, and the individual doesn’t even sit in a cell. Instead, they’re quickly paired with an “Angel” volunteer, who guides them through rehab.

A wake of gratitude, including other pluses, follows the program wherever it’s implemented. It’s not, however,  intended to make police “soft” on crime. Addicts will continue to face charges for theft, assault, or other such offenses. Alexandria PD made this clear from the beginning, as have other departments. When Glouchester piloted the program, street arrests for possession continued.

Angel Programs join a momentum which has already swept the nation over. America’s drug war, though still very much active, is breaking. Cannabis legalization efforts have helped this along, but don’t hold sole credit. Ground is often achieved simply by people growing tired of death, and senseless tragedy.

Departments like Alexandria PD confess America’s senseless drug enforcement policies. “I’m frustrated as hell”, said Alexandria PD Chief Michael Ward last year. “We had four overdoses in the city in a 24 hour period”, he continued, “a 55 year old woman died.” That level of loss remained consistent for an entire month in Alexandria, Kentucky. Obviously, something had to change if law enforcement were to lower that body count.

Similar overdose rashes first compelled Gloucester PD to try an Angel Program. Plainly put, even arrested addicts run the risk of overdosing in custody. Those released from captivity are still at profound risk of becoming statistics.

Criminalizing the addicted doesn’t work. It’s a philosophy manifesting in diverse policies, including Seattle’s proposed heroin “safe spaces”. Other departments are getting even more creative, and moving onto mental illness training. Incidents like Milwaukee’s Dontre Hamilton and others are beginning to catalyze retraining efforts. When ideas are lacking, American law enforcement looks to foreign colleagues for advice.

This openness to change, however, is not echoed unanimously throughout the police community. Many resist reforms, ignore public demand, and continue decades old policy. For example: Wisconsin’s Wauwatosa PD was sent an article written by a local freelancer via social media. It detailed the staggering body count of Milwaukee’s under-reported opioid crisis.

An analysis released by the city’s alderman stated overdoses now outnumber car accidents. All corners of Milwaukee, including the suburb of Wauwatosa, are affected by this epidemic. All citizens, of every ethnic background–regardless of age group–are affected. The grim spectre of overdose is increasingly introducing itself to Milwaukee’s youth.

Wauwatosa PD itself, or at least its Special Operations Group (SOG), has cataloged growing crack and heroin captures. Yields increase every year, assuming the public records are released on time. The article sent to WPD suggested the small department pilot an Angel Program-like initiative. It seemed like a good candidate for several reasons.

For one, Wauwatosa PD has been involved in pilot efforts for tactics and technology before. Secondly, the department recently boasted a program where people can turn in prescription drugs on its Facebook page. The department was, however, clear it does not accept needles or other such paraphernalia. WPD has yet to respond amidst a mounting opioid body count.

Whereas some departments continue obsolete policies which have sparked protest after protest, others break rank. When it comes to America’s opioid crisis, police have only two choices. Adapt, or face the staggering and costly consequences of not doing so. Choosing the later may save pride, or even budget, but is it worth it?