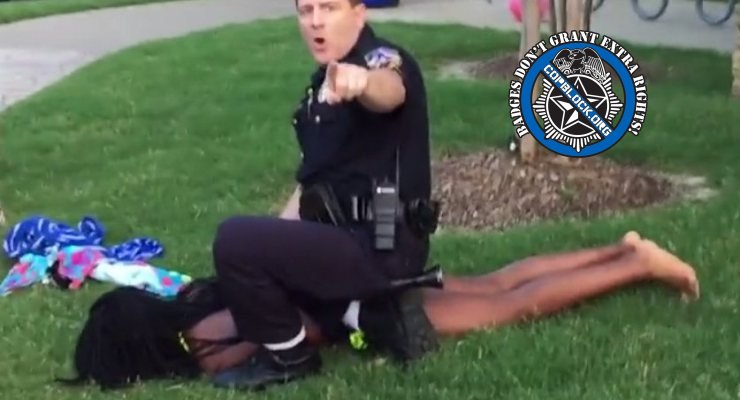 The family of Dajerria Becton, the Texas teen who was shown on cell phone footage (embedded below) being thrown to the ground and arrested after police were called to a disturbance at a pool party, have filed a federal civil rights lawsuit. The lawsuit names Cpl. Eric Casebolt, the officer who made the arrest (and also demonstrated his sweet gymnastics skills in the process), the city of McKinney, and the Mckinney Police Department as defendants. It also mentions several prior incidents involving use of excessive force by Casebolt and discrimination by the city government.

The federal complaint alleges that Casebolt used excessive force, committed assault and unlawfully detained a minor child, Becton. The lawsuit also states that the city and police officials failed to provide McKinney officers with proper training and adequate policy direction to protect residents from having their rights violated.

The party occurred on June 5, 2015, and was a celebration of the end of school at the Craig Ranch North subdivision community pool. The party drew an estimated 100 teens, many of whom were African-American.

Police were called by workers and residents asserting that a fight had taken place and that African-American children who were not invited to the party had climbed the fence to get access. Witnesses said a fight did occur when a white resident allegedly swore at a black resident and told her to return to public housing.

Casebolt had been accused of excessive force in a 2007 arrest as part of a federal lawsuit that named him along with other officers. The officers arrested Albert Brown Jr., who authorities said was found with crack cocaine during a traffic stop.

Brown, who is black, accused the officers of forcibly searching him after pulling down his pants and slamming his head against a car hood. A defense attorney denied Brown’s accusations. The lawsuit was dismissed in 2009.

The city of McKinney has also been the target of a lawsuit accusing it of racial segregation in public housing.

A lawsuit in 2008 accused the McKinney Housing Authority of restricting federally subsidized public housing for low-income families to older neighborhoods east of U.S. 75. The lawsuit said that in the Dallas area, 85 percent of those receiving Section 8 housing vouchers are African-Americans.

The lawsuit was settled in 2012 with a consent decree, which is an agreement to take specific actions without admitting guilt.

During the incident, Cpl. Casebolt could be seen on the video pushing Becton to the ground, shoving his knee into her back, and twisting her arm. At one point, he also pulled his firearm out and briefly chased after a group of teens who were verbally objecting to his treatment of the 15 year old girl and others.

Footage shot by bystanders show responding officers curse at and handcuff several party attendees before Casebolt can be seen shoving and wrestling a bikini clad young girl to the ground as she screams.

Onlookers surround the assailant as he brutalizes 15-year-old Dajerria Becton, but then flee when Casebolt pulls out his gun and starts after them. He then returns to the girl and shouts “On your face!” before shoving her head into the ground and sitting on her back for an extended period of time.

“He grabbed me, twisted my arm on my back and shoved me in the grass and started pulling the back of my braids,” Becton said at the time, adding that Casebolt did not arrest her. “I was telling him to get off me because my back was hurting bad.”