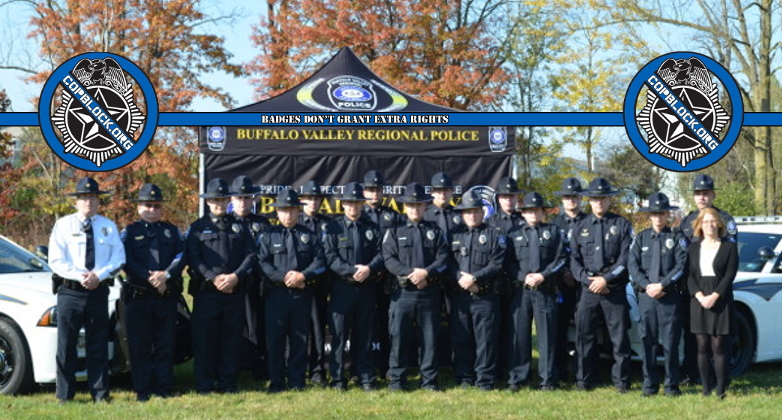 Buffalo Valley Regional Police Department Officer Shawn Kuhns, 40, has been arrested for threatening to kill his wife and her two small children. According to court papers, Officer Shawn Kuhns is an addict, who is taking “prescription medication” to deal with his addition to opiates.

Despite orders for Officer Kuhns to not drink while on the heavy prescription addiction medications, he drank anyway. According to court papers, Officer Kuhns was out to dinner with his wife and children, where he became intoxicated. Police reports say that Officer Kuhns was so drunk, that he needed to be helped out of the restaurant.

Unfortunately, Buffalo Valley Regional Police Chief did not fire Officer Kuhns, but opted instead for suspending the deadly officer with pay. According to WNEP, the only comment that the police chief would give, is that “all of [Officer Kuhns’] equipment has been confiscated”.

Officer Shawn Kuhns faces several charges, including making terroristic threats and harassment. He was taken to the Columbia County Jail, where he posted bail on Wednesday.

If you’d like to contact the Buffalo Valley Regional Police Department to let then know your displeasure with them allowing a dangerous cop on the streets, please contact them below: