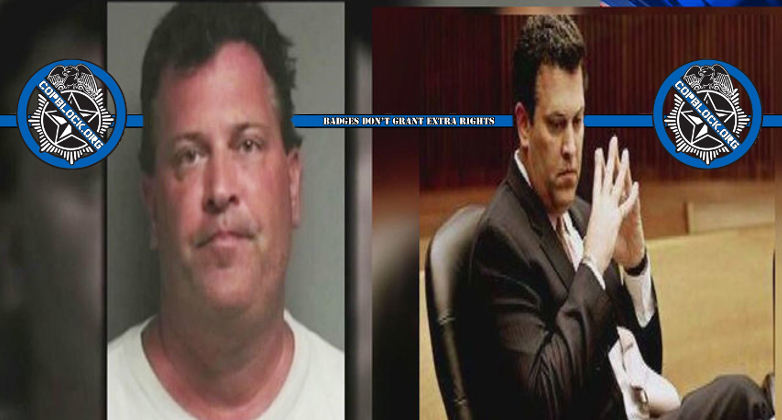 The following post was shared with the CopBlock Network by a reader who goes by the pseudonym “The Poor & Unknown,” via the CopBlock.org Submissions Page. (See below for previous submissions.) This post concerns the case of Bob Stevens, a Wayne County (MI) Assistant Prosecutor, who was arrested for driving drunk on Christmas.

As the article quoted below and video embedded within the post detail, Stevens has a history of alcohol abuse and domestic abuse, as well. In spite of the fact his job involves prosecuting people for DUI’s and domestic violence charges, Stevens not only doesn’t seem to have received any sort of meaningful consequences for his previous arrest after drunkenly assaulting his now ex-wife (who can be heard on a 911 call begging the dispatcher to “take him away” in the video), but also was rehired by the Wayne County Prosecutor’s Office afterwards.

Wayne County Assistant Prosecutor Bob Stevens was busted for drunk driving as he was driving down I-94 between Gratiot at 21 Mile in Chesterfield Township Michigan.

Macomb county deputies were on the lookout for his vehicle after witnesses claim he side-swiped a vehicle on the expressway.

The Macomb County Sheriff’s Office claims the assistant prosecutor refused a Breathalyzer – eventually providing a blood sample. He was arrested and posted bond.

But turns out this isn’t the first time Stevens has been in trouble with the law. In 2014 Stevens’ beat his wife and was arrested for domestic violence. His wife dialed 911 from their Macomb County driveway screaming, claiming Stevens, who is a CCW holder, had a gun and attacked her.

She clearly feared what he would do next as heard in 911 recordings from the incident.

Stevens’ wife: “My husband just attacked me he’s either on something or he’s drunk.”

Stevens’ wife: “He’s been getting progressively more and more violent and angry and he’s drinking. He ripped the phone out of my hand and I went to pick it up and he pushed me down on the cement of the garage and started hitting me.” Stevens was suspended and then fired from the Wayne County Prosecutors Office for the domestic disturbance incident, but eventually they brought him back. YEP BROUGHT HIM BACK. And people wonder why things are the way they are with LEOs and other people in positions of authority.

Stevens was working at the same prosecutor’s office when he was busted again. His wife, who has since been divorced from Stevens, had no idea about his latest arrest. The prosecutor’s office seems to be protecting him. They won’t even say if Stevens has been suspended or not.

The Macomb County Prosecutor’s Office is handling the case and will make a decision once the results of the blood alcohol test come back. YEAH RIGHT!!! I cannot wait to see how he gets off with no charges again lets watch this one closely

I know he is not a cop, but he is buddy’s with several cops and they scratch each others backs. This is sickening and should be exposed…

Previous Submissions by “The Poor & Unknown”