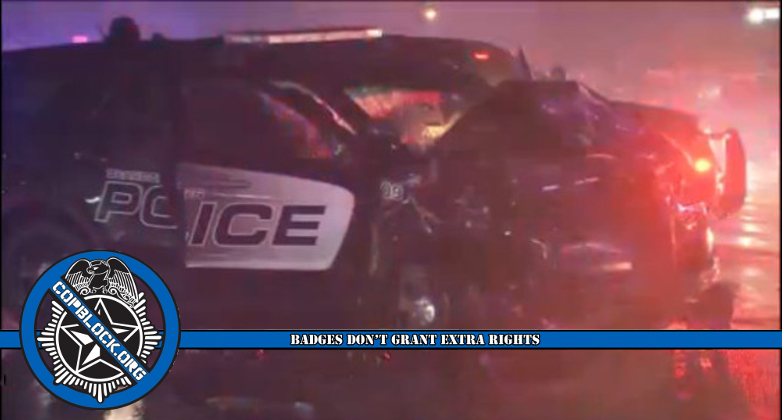 A car driven by Timothy Turner, a 59 year-old grandfather, was hit on Monday by a Dearborn Heights police cruiser as he was driving to work. That police cruiser was speeding and driving without lights or sirens on at the time that it “T-Boned” Turner’s Lexus. As a result, Turner is now on life support “fighting for his life,” according to his niece Kellie Stuart. Although the two unnamed officers that were driving were treated at the hospital, as well, they’ve already been released.

Meanwhile, Turner’s family is looking for answers and haven’t received many from the police, yet. The Michigan State Police, who are investigating the accident, have stated that it will take between two and four weeks to determine who was at fault. (Spoiler: The guys speeding into an intersection without any lights or sirens to warn other drivers and likely running red lights are, even though their Brothas in Blue just might decide otherwise.)

“Right now I’m numb. I can’t believe this has happened,” Stuart said. “Right now, the doctors are still running tests. He is on life-support, very very critical, and he is fighting for his life.”

The accident happened at Van born and Pelham, where witnesses say a Dearborn Heights police cruiser traveling at a high rate of speed without emergency lights (sic). That’s when it t-boned a Lexus sedan driven by Turner. He was rushed to the hospital in critical condition.

The two officers in the cruiser were also treated at the hospital and released for what we’re told were non-life threatening injuries.

Michigan State Police are handling the investigation. Meanwhile, the family is taking action as well and have hired an attorney as they started 2017 without the smiles and laughter of a husband, father, grandfather, dedicated truck driver and military veteran.