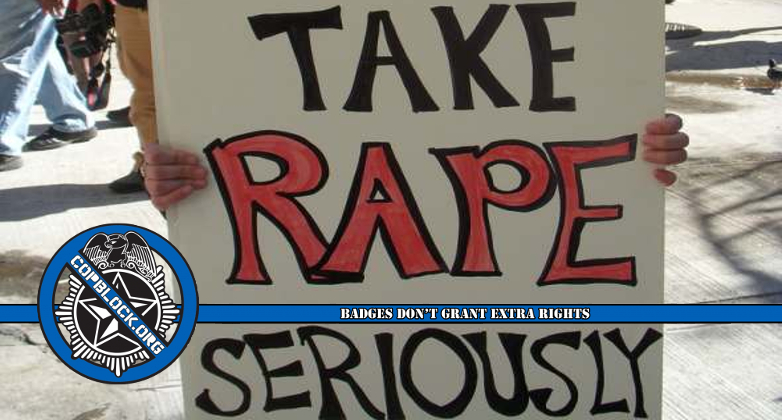 During an online interview, an NYPD captain stated that the department isn’t too concerned about date rapes and instead concentrates on “true stranger rapes.” Captain Peter Rose, who is the commander of New York’s 94th Precinct (not the baseball guy) located in Greenpoint, was responding to questions about a 62 percent increase in sexual attacks within the area and a low rate of arrests having been made in those attacks at the time. His answer that “It’s not a trend that we’re too worried about because out of 13 [sex attacks], only two were true stranger rapes,” hasn’t exactly gone over well, either publicly or professionally.

Rose admitted to DNA Info that he gives priority to catching the perverts who randomly rape strangers, not those who attack dates or other acquaintances.

“If there’s a true stranger rape — a random guy picks up a stranger off the street — those are the troubling ones,” he blathered.

“That person has, like no moral standards,” he said.

At a meeting of the precinct’s community council on Wednesday night, Rose stuck his foot further down his throat.

“They’re not total abomination rapes where strangers are being dragged off the street,” he said of Greenpoint’s hike in acquaintance rapes, DNAinfo reported.

Mayor de Blasio’s office came down on the police boss.

“Rape is rape,” stressed spokesman Eric Phillips, while the NYPD rushed to clarify that all sex assaults are taken seriously by the police.

“All complaints of rape and other types of sexual crimes are taken seriously whether they are committed by domestic partners, acquaintances, or strangers,” Davis said.

Still, Rose does not face disciplinary action, a police official told The Post — “due to the fact that these comments may have been mistated and misinterpreted.” The official asked not to be identified by name.

Public Advocate Letitia James joined Friday in condemning Rose’s remarks, saying in a statement that she was “extremely disturbed and concerned by comments suggesting that stranger rapes are ‘the troubling ones.’

“Too often, victims of rape and sexual crimes do not come forward because of fear that their claims won’t be taken seriously, and these comments perpetuate those concerns,” she said.

The women’s rights group UltraViolet called for Rose’s firing, saying his remarks were “deeply disturbing coming from a police captain.”

While I’m hardly surprised that he isn’t going to be punished in any way whatsoever outside of some politicians making angry comments, I’m not quite sure how you “misinterpret” a guy, who’s in charge of an entire city precinct where rapes have dramatically increased and arrests have become relatively rare, stating that “we aren’t too worried about” the majority of those rapes. In fact, that seems like it might be an explanation for those two factors. Maybe you need a different guy in there who is a little more troubled by it.