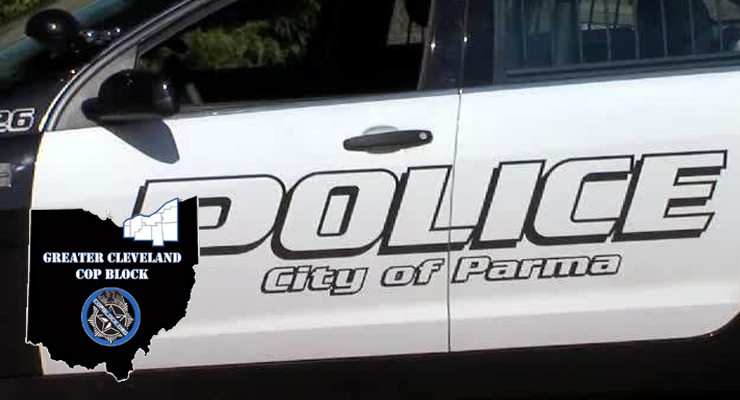 I guess the Parma police have not learned a thing from the spotlight that has been cast on them over the past few years thanks to the efforts of Greater Cleveland CopBlock and others. Parma police are not fans of free speech. You may remember my receiving a citation for holding a checkpoint protest sign? Or perhaps you remember when they arrested a man for creating a fake Parma police Facebook Page? Maybe you are more familiar with the Corey Ward case? That was settled for $40,000.

The city of Parma agreed Monday to pay $170,000 to a resident who said police slammed him to the ground, even though he was not being aggressive toward officers.

The settlement with Mark Bartkiewicz was reached following negotiations mediated by U.S. District Judge Dan Polster. City law director Tim Dobeck said in a statement that he worked on it along with counsel for the city’s insurance provider.

Bartkiewicz, 63, said in his 2016 lawsuit that officers threw him to the ground face-first on May 29, 2015, after they responded to a domestic disturbance call at his home on Broadview Road.

Police were called because Bartkiewicz’s son hit him in the face. His son later pleaded guilty to a domestic violence charge.

Bartkiewicz was later treated for a torn rotator cuff, bruised ribs and a sprained ankle, his lawsuit said.

Sara Gedeon, an attorney for Bartkiewicz, said all parties wanted to resolve the city and put it behind them.

I know personally, two of the officers involved, to be hot tempered. I have had interactions with both Oliver Simic and Thomas Kuchler, and they both believe themselves to be above the law they enforce. I’m sure that elitist attitude has trickled down to the officers that were with them at the time. The other officers involved are, Kori Korinek, Spencer Krumheuer, and Michael Walsh.

Police reports from the incident said Bartkiewicz kept swearing and yelling at his son while officers were investigating. The reports said both men were originally going to be arrested since both said they suffered injuries. At that point, Bartkiewicz “became highly upset,” swore and punched his car’s passenger-side mirror.

Thomas Kuchler likes to use his suspects heightened state of emotion when dealing with police, as an excuse to arrest people when he can’t arrest them for anything else.

The officers tried to cuff the father but he pulled away, the reports said. The officers then grabbed him. He tried to pull away again and the officers pulled him to the ground.

Bartkiewicz was held for about two minutes and he stopped yelling during that time. He was then released after officers determined his son was the aggressor, the reports said. After he was released, they asked if he needed medical attention, but Bartkiewicz said he was not hurt.

Bartkewicz’s lawsuit said the police department’s reports on the incident were not completely accurate.

I’d like to repeat that last line, because it sounds vaguely important! I believe that is referred to as falsifying police records. A crime to you or me, but not for the fearless officers of the Parma police department!

“Bartkewicz’s lawsuit said the police department’s reports on the incident were not completely accurate.” The Parma police operate with impunity. Assaulting suspects, falsifying records, extorting citizens,  and violating the rights of the cities constituents, seems to be par for the course for Parma Police.

Maybe that’s why law director Tim Dobeck has won Popehat.com‘s asshat of the year! Maybe now the copsucking residents of Parma will realize DEO, or Anthony Novak, or Corey Ward are not the problem. The Parma police are the problem! But I doubt it.