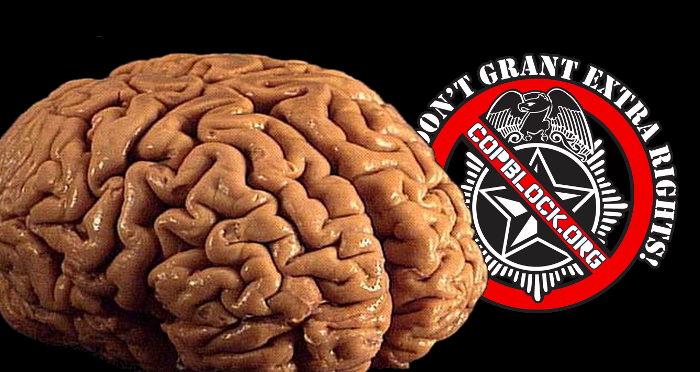 While most police criticism is focused on cases of individual police abuse, corruption and brutality; the more important discussion is about the agendas, inherent flaws and unintended consequences of the institution of policing as a whole.

One of the most persistent reasons I see CopBlock.org contributors throw in the towel is frustration. Most of us believed, when we first began, that if we showed enough indisputable examples of police abuse, corruption and brutality – people would understand that policing itself is a flawed institution. After you pour your heart into several articles you hope to see the changes reflected in those cases and the public’s view. And when there is no noticeable effect, many people find the pressures and hard work just aren’t worth it.

Which is why most of us who persist in our efforts have had to re-examine our ideas and actions and shift from news-based stories prompting accountability to more critical analyses and abolitionist narratives. We have been cleansed of the naive optimism that we can treat the symptoms and live peacefully with the disease.

At the same time, despite the fact that exploring the deeper issues of policing requires a lot more research and work, these sort of articles tend to be largely ignored. Re-reporting mainstream news stories of police abuse, corruption and brutality fairs well with those who can only be moved by outrage, and it brings in the numbers. But if that approach alone could change anything, we would have fixed policing a few thousand articles ago.

Mainstream news has largely conditioned the public to believe that the only valid information is current events, related from information originating in the official reports of the authorities themselves. Any information created by those not affiliated with mainstream media and authority that asks you to think about the underlying causes of the issues in news stories is considered officially taboo and is being weeded out through various forms of censorship.

And any time a news story or essay is reshared, it is derided for not being brand new. Which is like throwing away everything in your library that wasn’t written this morning. Information always retains its relevance. Complaints of story reposts are a sad indicator that so many have been conditioned to view information in the fast food consumption model of mainstream news. We treat information like gadgets, obsolete as soon as a new model is released. But that isn’t how information works, and it is certainly not conducive to critical thinking in the least.

In order to break the momentum of this social conditioning it becomes important that those of you who are interested in the issues of policing start to give more value to the information here at Cop Block, and everywhere else, that goes beyond current events to examine the deeper implications of policing. In my time as a contributor I have written and read hundreds of such pieces, and am always heartbroken at how much such well thought out and written efforts are ignored and even despised.