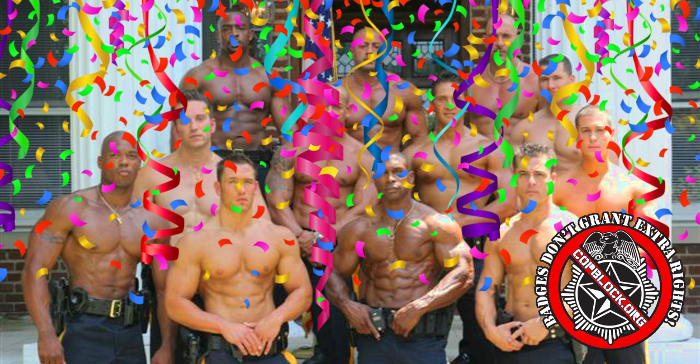 The decision to walk away from Cops Gone Wild is a testament to our dedication to not selling out.

What could have probably been the biggest thing we were ever involved with is now probably not going to happen. For the past several months Cop Block has been involved in talks with a major cable network in hopes of developing a television show to highlight policing issues. But those talks have fallen apart as the suits in Holly-La-La wanted us to help them make a show that we are not interested in making.

Here are a few of the major disagreements we had.

One of the early scripts we tested was immediately rejected for “excessive editorializing” and “too much conjecture”. Essentially they did not like that we told the story through our own perspective and through the larger lens of policing issues as a whole. Then they said we needed to get rid of the “guesswork” and “stick to the facts” of the story.

What they wanted us to do was report the official story, the one fed to the media by the very authorities we are trying to expose. We tried to explain that this is what set us apart from mainstream news, is that we didn’t start and stop at the information in the official press releases. And our method has been successful.

It wasn’t just that they wanted us to leave editorializing out of current events stories, but out of the show in general. They had no interest in letting us discuss the issue of policing outside of current events, which they also didn’t really want us discussing. Just reporting.

They wanted us to be the news, but with irreverent anchors who use internet buzzwords like ‘butthurt’ for effect. However, they were open to letting us film the police and discuss our footage. But then they also wanted us to start doing more shocking content like constitutional audits, paying fines in pennies and other activists cliches we want to evolve beyond.

On top of this they completely rejected the notion of an anarchist perspective, and maintained that we would have to keep anything like that out of the show, which goes against our core principles and denies the most basic premises from which our criticism of policing is derived.

While we were hoping to grow our audience and go deeper into the issues, what they really wanted was the sort of circus on our Facebook page translated into television. And they are probably right that we would get better ratings following their model, but to us it just sounded like selling out and taking a step backwards.

The worst part about it is that they wanted to reduce us to the lowest common denominator version of ourselves in exactly the same ways that the most cognitively challenged members of our current audience want us to dumb ourselves down, act like mainstream media and toss in a bunch of cliche shock for filler.

Despite this setback there is some hope. One of the television networks is interested in casting several Cop Block contributors in a situational buddy comedy about a group of guys who get together on weekends to film police and hunt and slay vampires. It is tentatively titled ‘Nightwatchers’ and if we are able to maintain some creative control and come to an agreement with the network, the show could be on the air in spring 2018.

We are dedicated to doing whatever we can to get our message pushed even further into the public’s consciousness, but at the same time, we refuse to sell out to do so. So if we won’t compromise our own principles and goals for millions of dollars from cable television networks, we probably aren’t going to do it because you threw a fit about us not meeting your narrow expectations in comment sections. Seriously, though.