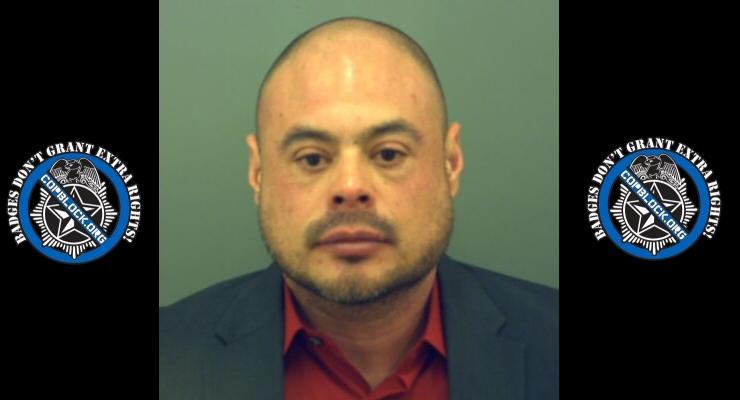 Unfortunately, it happens all to often – a person is arrested for impersonating an officer. Perhaps it’s the thrill of some perceived power over your fellow citizens, or perhaps it’s a mental disorder. Whatever the case may be, a former officer of the El Paso Police Department, was stopped by a Texas Department of Public Safety trooper on Thursday for ‘vehicle registration’ issues (I can only assume by that statement, that his vehicle wasn’t ‘properly’ registered).  During the traffic stop, former officer Michael Joseph Arzaga, handed the trooper a business card, which identified him as an EPPD officer.

When the trooper ran his information,  he discovered the ‘officer’ had been fired .  In 2011, Arzaga was among 14 El Paso police officers who resigned or retired after an internal audit found they had allegedly altered time sheets for overtime pay linked to a state-funded grant for traffic enforcement, according to El Paso Times archives. In 2013, Arzaga pleaded guilty to one count of tampering with a government record with intent to defraud and was sentenced to a year of probation and ordered to pay $2,786 in restitution to the city of El Paso, according to court records.

“Officer” Arzago was arrested on suspicion of impersonating a public servant and was booked into the El Paso County jail under a $7,500 bond. Arzaga also had three misdemeanor warrants on a charge of a parent contributing to child non-attendance, according to jail records and DPS officials.